Dad's surprise for son on birthday will warm your heart 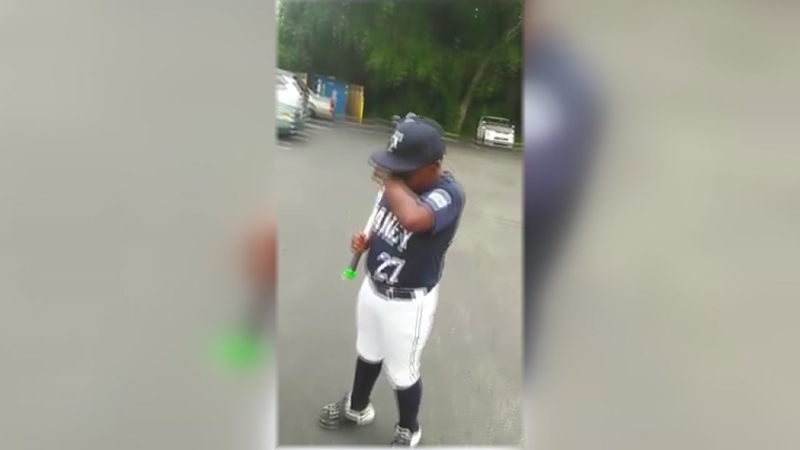 PHILADELPHIA, PA -- Braheim Fowler thought his dad forgot about his 12th birthday, but little did he know his father, Devon, was planning a big surprise that would bring him to tears.

Devon Fowler recorded the entire interaction with his son and posted the video on Facebook.

The video begins with Devon Fowler pretending he forgot Braheim's birthday while they are on the way to Braheim's Little League game.

"I told him I had nothing for him," said Fowler.

Braheim gets in the family's minivan looking discouraged and sad. Devon tries to engage his son in conversation, but Braheim refuses to look or even speak when his dad asks, 'You still mad at me?'

When Devon can tell Braheim has had enough, he tells him to go get a bag out of the trunk. Braheim gets out of the car and his tears of sadness turn to tears of joy when he sees a huge bat-shaped Amazon bag in the trunk.

Braheim tears open the box and is immediately overcome with emotion. He starts to cry and his dad also gets caught up in the moment.

Devon is heard saying in the video, "Don't cry, you're about to make me cry."

Braheim hugged his father, wiped away tears and started to give his new bat a few swings.

The two then tell each other "I love you" as the video ends proving that sometimes it's okay to cry in baseball.