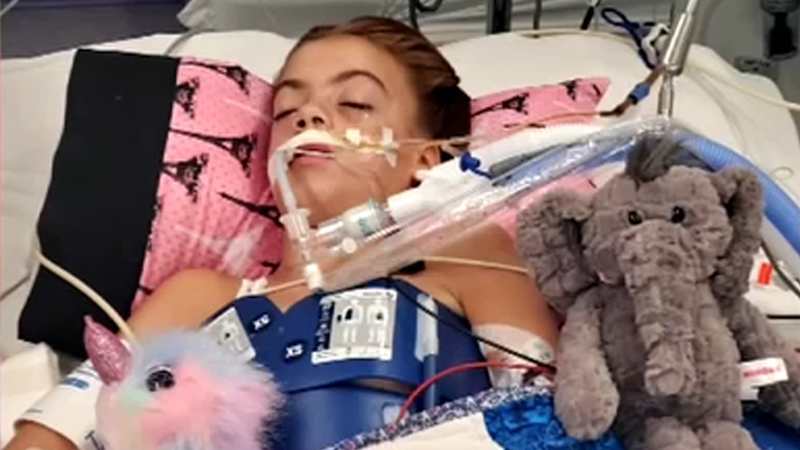 WACO, Texas -- A 10-year-old girl is in the hospital fighting for her life after she contracted a deadly, brain-eating amoeba that's known to kill people in days.

Lily Mae Avant's family and friends are rallying behind her while she's undergoing treatment at Cooks Children Hospital in Fort Worth.

"She is just an outstanding young girl and we are all devastated, but we're also very hopeful," Valley Mills Elementary Principal Crystal Warren said.

Doctors and members of the Center for Disease Control are working to figure out how she contracted the amoeba. They're working to determine if it was when she went swimming in the Brazos River near her house in Laguna Park or at Lake Whitney on Labor Day.

"For this to happen to her when there were so many other people in the same waters on the same days, we just don't understand why it was her," Lily's aunt Wendy Scott told KWTX.

Doctors say many people who contract the dangerous parasite die within three to five days after starting to feel the effects.

Lily, who was found unresponsive with her eyes open, is about to finish her sixth day, and doctors say that could be good news.

"We have high hopes. She is a fighter and she's always been a fighter," Scott said.

The scientific name of the amoeba is Naegleria fowleri, and it is typically found in bodies of fresh water like rivers, ponds and lakes.