Trial begins for Cary man who admitted to killing girlfriend, mother in 2015 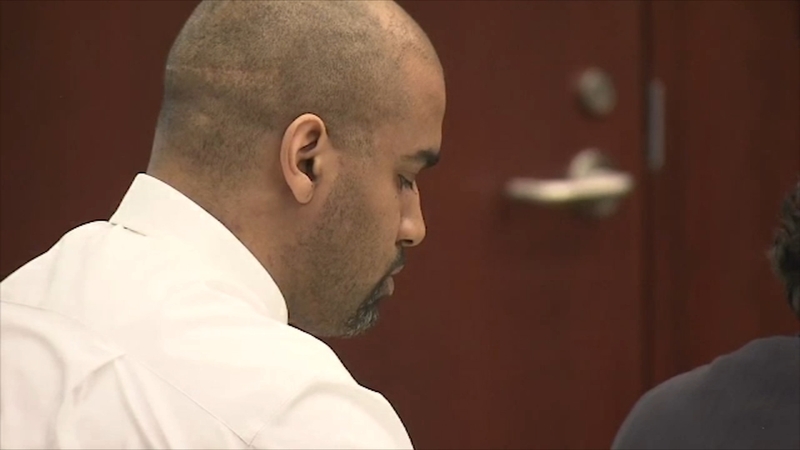 EMBED <>More Videos
WAKE COUNTY, N.C. (WTVD) -- The trial is beginning for a Cary man accused of keeping his mother's body on ice in her bathtub for nearly a week before confessing to murdering her and his girlfriend in 2015.

Opening statements for the prosecution

First witness is Cary 911 dispatcher who took ‘confession’ call saying it was, “Not the type of call I had ever taken before.” Listen to the call during upcoming testimony here: https://t.co/s870WLetrm #ABC11 pic.twitter.com/H3dFA0ABnL

"How did you do it?" the 911 dispatcher asked when Lee said he killed his mom nearly a week earlier.

"She came at me with a knife and then I ended up choking her," he said.

When asked about his girlfriend, Lee said, "My girlfriend was seeing someone else and lying to me and I ended up choking her too."

Lee said over the phone, officers would find his mother's body in her bathtub.

Search warrants show Cary police had to force their way into Christa Lee's bathroom where they found her fully clothed, lying in the bathtub with fresh ice scattered on and around her body.

On the same day Lee said he killed his mom, Cary police charged him with trespassing onto Time Warner Cable property in Morrisville and threatening to hurt a man who worked there with Hylton.

Hylton's friends told ABC11 she had just started dating her coworker and that Lee was jealous.

In November of that year, Lee was also charged with damaging Hylton's car.

The prosecution argued Lee's phone call to police and video interview with investigators showed a "cool state of mind" -- an element of first degree murder.

The defense said Lee's state of mind around the time of the murders will show he's not guilty of premeditation.

The trial will resume at 9:45 a.m. Thursday morning.