Day 3 of murder trial of Brandon Lee, who admitted to killing girlfriend, mother in 2015 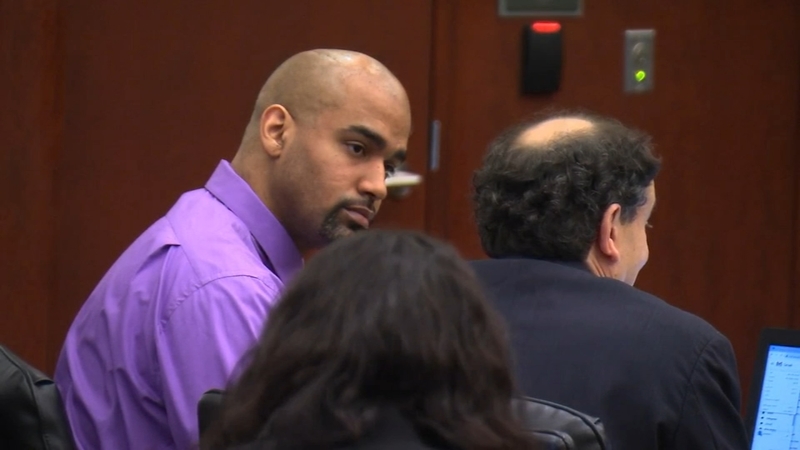 WAKE COUNTY, N.C. (WTVD) -- The third day of trial was held Friday for the Cary man accused of keeping his mother's body on ice in her bathtub for nearly a week before confessing to murdering her and his girlfriend in 2015.

There was chilling evidence in the courtroom Friday morning as Lee described the week in December 2015 when he killed his mother and girlfriend in cary.

Prosecutors started playing an hours-long video of Lee being interrogated and confessing to the killings.

"It was like she gave up.... It was like she wanted to die," Cary man on trial says about strangling his mother to death. The comments were made during an interrogation in December 2015 being played right now in Brandon Lee's murder trial. Watch: https://t.co/5SAo1BDduI#ABC11 pic.twitter.com/0iWmadThFQ

Lee called police and confessed to the killings the day after he killed his girlfriend.

Police arrested him and then recorded a 90-minute video interview in which he confessed. He gave only few details about how he strangled his girlfriend, but he was much more detailed in talking about killing his mother a week earlier the same way at the Cary apartment they shared.

He said he put her body on ice in a bathtub to stifle the smell. He also told the investigator that his mother had been nagging him and threatening to kill herself before coming at him with a steak knife. He said he fought her off and then put his hands around her neck and started choking her.

"I felt like i was mercy killing her like just mom just wanted to give up. She had been talking about killing herself for the last two years ... just that look in her eyes was just like 'send me home.'... I didn't want to be in that position at all. There's no way I wanted to be in that position whatsoever. But she just kept antagonizing, kept pushing me ... until she forced me to defend myself and react. ... and once I was in that position, it seemed like that's what she wanted or something like that. ...it was just weird."

Prosecutors continued calling witnesses Thursday, including a co-worker of Hylton's.

After the video was played, testimony from lead detective wrapped up.