'Snapped on her:' Emotional testimony as Cary double murder suspect takes the stand 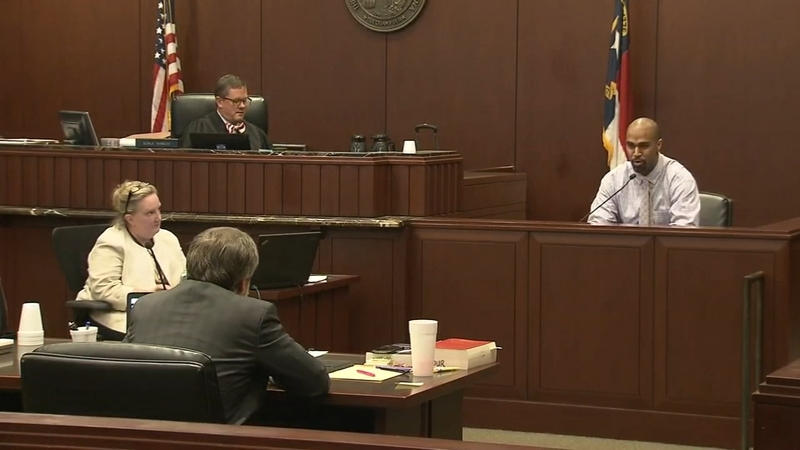 WAKE COUNTY, N.C. (WTVD) -- The sixth day of the trial of a Cary man who admitted to killing his mother and girlfriend started under a cloud of questions Wednesday.

The trial of Brandon Lee -- who faces murder charges for the deaths of his mom Christa Lee, 58, and his girlfriend, Krystal Hylton, 28, in 2015 - threatened to end early with a mistrial declared.

Lee has admitted to killing his mother and girlfriend in 2015, but his attorneys maintain he did not plan to kill them -- and he is not guilty of first-degree murder.

The judge contemplated declaring a mistrial after Lee testified Tuesday in his own defense, but refused to answer any questions from prosecutors.

But instead of facing a mistrial, the judge allowed Lee to take the stand again -- this time to answer cross-examination.

And Lee did take the stand Wednesday -- and took a Wake County jury into a trip through his troubled mind as he described the moments after he strangled his mother and his girlfriend.

Lee spoke about the fear of his mother, the tension that was there and his then-girlfriend's role in that.

He went through a range of emotions on the stand, getting testy at times and upset, tearful, and angry at others.

"Yes I was mad, yo," he said at one point through tears. "I was mad - absolutely.

The 38-year-old Lee resumed his testimony after a standstill Tuesday when he mocked the prosecutor and refused to answer any of his questions.

On Wednesday, Lee reiterated that he was doing his mother's will when he strangled her.

Lee testified that in the week after strangling her, he drank a lot, ate a lot of junk food, and went to the movies to check out a new film.

He even got a new tattoo, which he showed off in court.

All the while, his mother's body lay in a bathtub. He had dragged it there and then poured ice on top.

Lee eventually broke into his girlfriend's apartment, convinced that she was cheating on him.

Once she was dead, he used a marker to write several derogatory words on her corpse, he said.