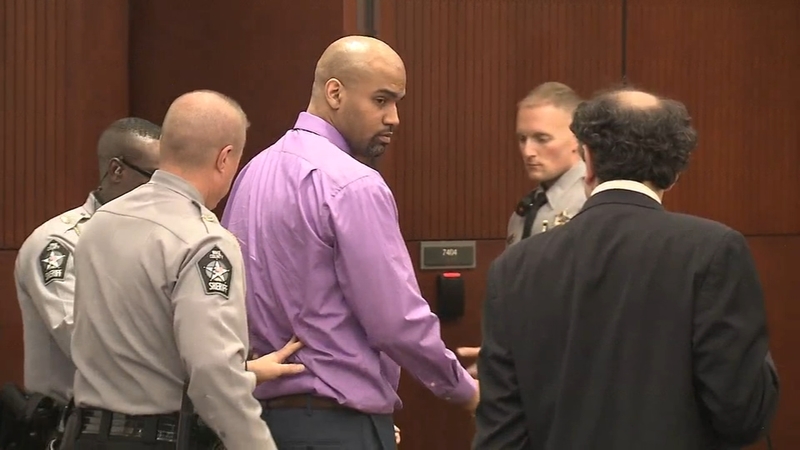 Lee sentenced to life in prison

RALEIGH, N.C. (WTVD) -- A Wake County jury on Thursday found Brandon Lee guilty of first-degree murder of both his mother and his girlfriend.

The defense had pushed to get to Lee off for a lesser charge of manslaughter, but a jury returned two counts of first-degree murder in the deaths of his mother Christa Lee, 58, and girlfriend Krystal Hylton, 28 in 2015.

Lee was sentenced to life in prison without the possibility of parole on both counts.

"It was your selfish behavior that caused this," the judge told Lee after sentencing.

The 38-year-old Lee did apologize to both of his victim's families.

"I prayed when I was waiting for the verdict to come, and I prayed in Jesus' name, I prayed His will be done," Lee said. "If this is His will, if it gives closure and peace to the families and friends of those that have been lost, I'm happy about that. I just want to say God bless everyone."

Lee went on to say his faith is strong and he did ask for people to write him in prison and offer support.

He said the journey has been traumatic and one of the hardest thing he had to do was tell Krystal's young daughter that her mother died.

He said that to this day, the child is scared to sleep alone. The father thanked the jury for returning the guilty verdict and bringing his family some closure.

The prosecution argued there was no doubt that he made a conscious decision to kill.

Lee took the stand again Wednesday, giving some very troubling testimony. At times, Lee got emotional, crying and slurring his words while describing the killings.

Lee described the killings, claiming responsibility for them, but insisted he didn't plan them and isn't guilty of first-degree murder. Lee said that he was doing his mother's will when he strangled her.

Lee's mother's body stayed in a bathtub with ice for several days. Lee would break into his girlfriend's apartment as he was convinced she was cheating on him.