Protesters take to streets of Louisville, Kentucky, after indictment in Breonna Taylor case 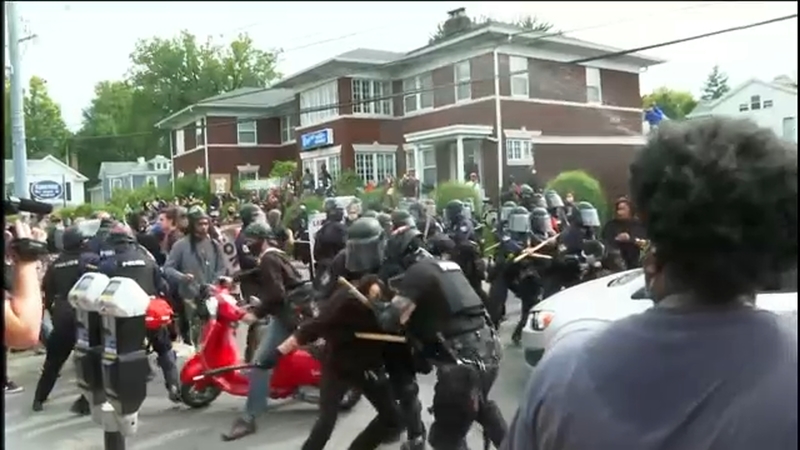 Police have detained some people during protests in downtown Louisville in response to a grand jury's decision to not indict police officers on criminal charges directly related to Breonna Taylor's death.

Taylor was shot multiple times by officers who burst into her home on March 13 during a narcotics investigation. No drugs were found in her home.

After the decision Wednesday, protesters in Injustice Square chanted, "No justice, no peace!" and began marching through the streets. Some sat quietly and wept.

Police later cordoned off a street with yellow tape, telling protesters to move back. Officers in protective gear could be seen detaining and handcuffing some of the protesters.