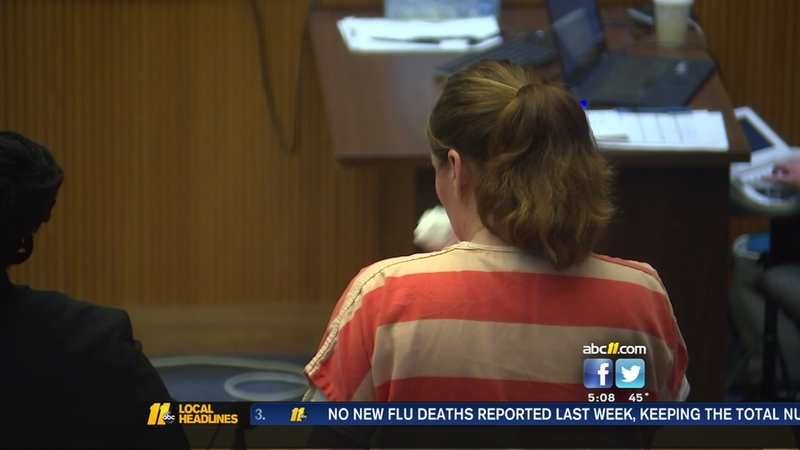 SMITHFIELD (WTVD) -- Bridgette Smith, the woman accused of failing to report the deaths of two infants found under a home in Smithfield, pleaded guilty in Superior Court on Thursday.

Smith pleaded guilty to two charges of failing to report a death.

In April 2016, the remains of the two infants were found under a Smithfield home, wrapped in three separate trash bags and had towels around them.

In court, officials said toes, toenails, and remains of a buttocks, in addition to other body parts, were found inside of the bags.

Reports show that both of the skeletonized remains of the two children - who were born at least two years apart - were roughly 36 to 41-weeks-old, adding that they did not die due to traumatic injuries.

Records state Smith said she had the babies over the toilet, claiming they were not breathing or crying when they were delivered.

While Smith said the children were stillbirths, further medical investigation provides evidence that one of the babies may have been alive.

Smith faces six to eight months in jail per count, which will be served consecutively, in addition to attending substance abuse counseling.

However, Smith has 164 days that she has already served that will be accredited to her sentence.

Smith's attorney said she requested no probation because she feels remorse for her crime.

The remains were found by family members while they were stringing cable under the home.

Smith's family said that she has been fighting a drug addiction her entire adult life, mainly struggling with cocaine and meth.