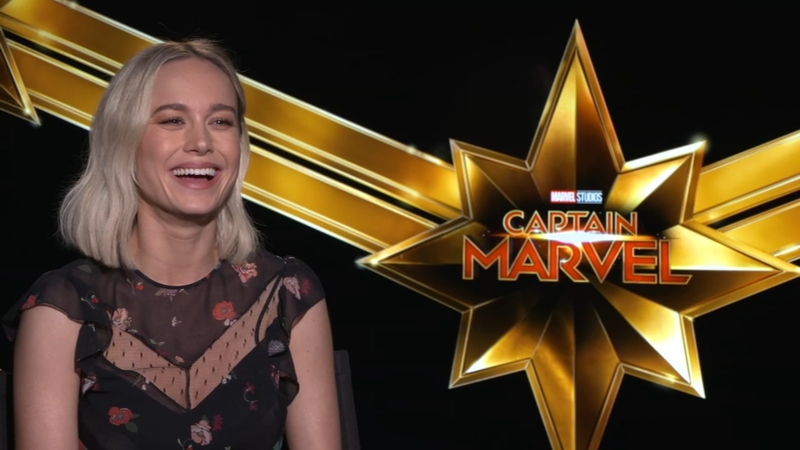 ABC 7 Chicago's Janet Davies talks to Brie Larson, the actress, who brings this game changing character in the Marvel Universe to life.

Carol Danvers is an ace pilot who crashes and gets infused with super-powers. Danvers, played by Larson, is suddenly Captain Marvel, and she's gotta save the world in a war between aliens.

"And also, you see me run for one shot in the movie, that means I ran all day, some days I did a lot of running which is why I ate a lot of mozzarella sticks, you're burning a lot, doing cardio all day" Larson explained.

"This one you get to really bond, there's a sisterhood," Davies followed.

"What we normally see as the big, romantic love in this is a big romantic friendship, and we get to see is a representation of that, in fact, the person you would go to the end of the earth for can be your best friend, it doesn't have to be romantic," Larson said.

"You get to take a character and make it your own and expand on it more so than maybe some other characters you've played," Davies asked.

"This was the most dynamic role I've played thus far," Larson said, "and I would go home being really proud of that this movie that was sort of a big jump for me to do, a big studio movie was actually the most detailed role I have played."

When asked which superheroes she would hang out with, Larson replied, "All the chicks, duh!"

Larson said she can see another movie that's all female superheroes.