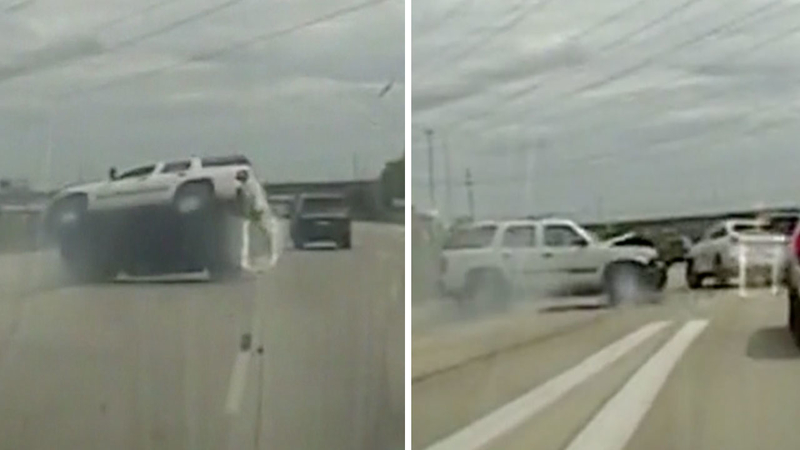 Chase suspect hits other car, flips his SUV on freeway

BRIGHTON, Mich. -- A Michigan man is in custody after a police chase that ended with the suspect hitting another vehicle before flipping his own SUV in the middle of the freeway.

On the afternoon of May 31, police in Brighton, Michigan, began to pursue a suspect driving a Chevrolet Tahoe sought in connection with a prior hit-and-run incident, ABC affiliate WXYZ-TV reported.

Officers attempted to stop the suspect, who reportedly gave police the middle finger before fleeing onto I-96.

Dashboard camera video released by the Brighton Police Department showed the suspect weaving in and out of traffic on the freeway and driving on the shoulder at times. The suspect eventually hit another motorist who was merging onto the freeway, causing that driver to spin off of the road.

That collision caused the suspect to lose control of his vehicle, which spins out before flipping over and coming to a stop in the middle of the freeway.