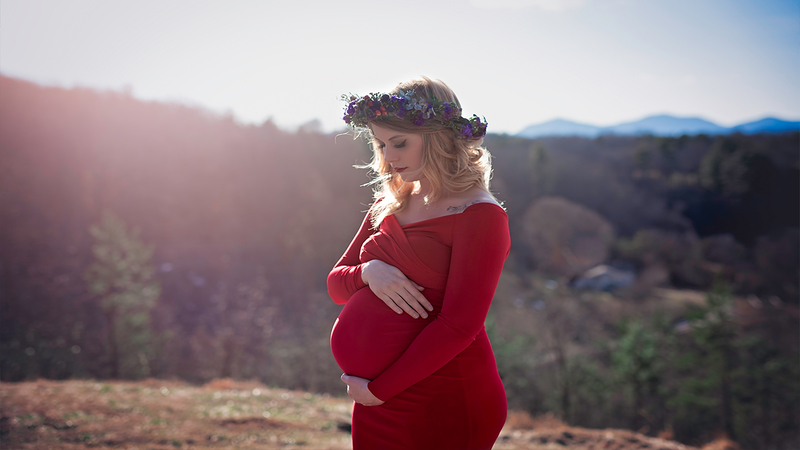 Brittany Harris lost her husband, Army Specialist Chris Harris, in August of 2017, just months after the couple said, "I Do" riverside in Asheville.

Just days before Chris' death, he learned he would become a father.

To help celebrate the new life, several Fort Bragg soldiers in Afghanistan helped give the fallen hero a memory he would never have but surely deserved - a special gender reveal.

The couple's daughter is expected to enter the world on March 24.

Harris said that she plans to name her daughter Christian Michelle for her father, Christopher Michael.

"Everything I do, I do it to preserve Chris' memory and to show Christian how special she is," Harris said. "I'm just the only one that can speak for them both right now. I do everything I can to make sure they both get the recognition they deserve. Him for sacrificing his life for his country and her for being the legacy of a hero."

Harris' maternity photos, taken by Pinehurst Photography, were taken in the same spot where she and Chris tied the knot.