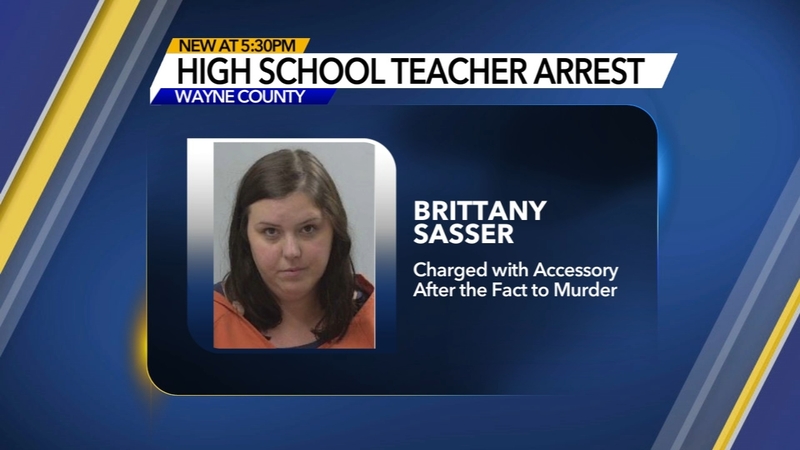 GOLDSBORO, N.C. (WTVD) -- A former Wayne County Schools teacher was arrested and charged Thursday in connection to a Jan. 2013 murder of a teen.

Brittany Sasser, 28, of Pikeville was charged with accessory after the fact in relation to the death of 18-year-old Shabazz Woods, who was shot to death in Jan. 2013, according to the Goldsboro Police Department.