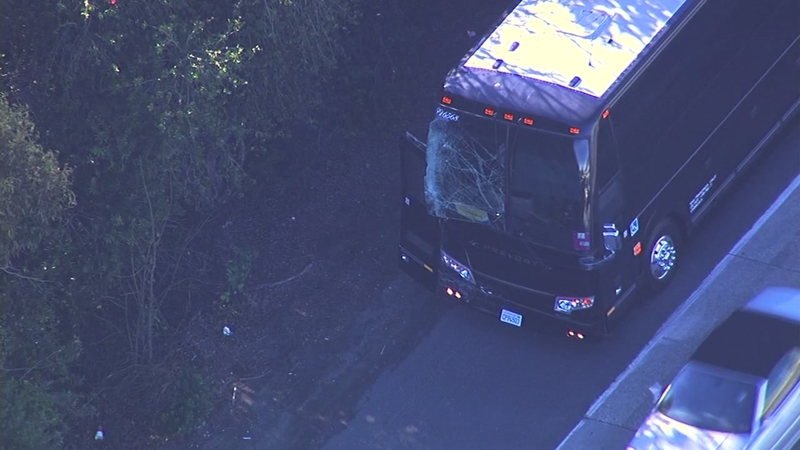 SANTA CLARA, Calif. (WTVD) -- The Denver Broncos are back at their hotel in Santa Clara after their buses were involved in a minor accident following their practice at Stanford Stadium on Monday afternoon.

The CHP tells ABC7 News that the two buses collided and a CHP motorcycle officer sustained minor injuries in the crash.

Team spokesman Patrick Smyth says no one from the Broncos was injured.

Outside linebacker DeMarcus Ware tweeted a photo of players standing alongside their bus. He posted: "To keep the day interesting, we have a small wreck. Looks like everyone is ok though."

To keep the day interesting, we have a small wreck. Looks like everyone is ok though. 👀 #SB50 pic.twitter.com/CjXTG5d6gx

For unknown reasons, two of the buses collided. The buses were being escorted by CHP motorcycle officers.

One CHP motorcycle officer went down. He suffered minor injuries and was taken to the hospital to be checked out.

The players were taken away on different buses and returned to their hotel.

The Broncos and Carolina Panthers, who meet in Super Bowl 50, make their first public appearances at media day on Monday night.