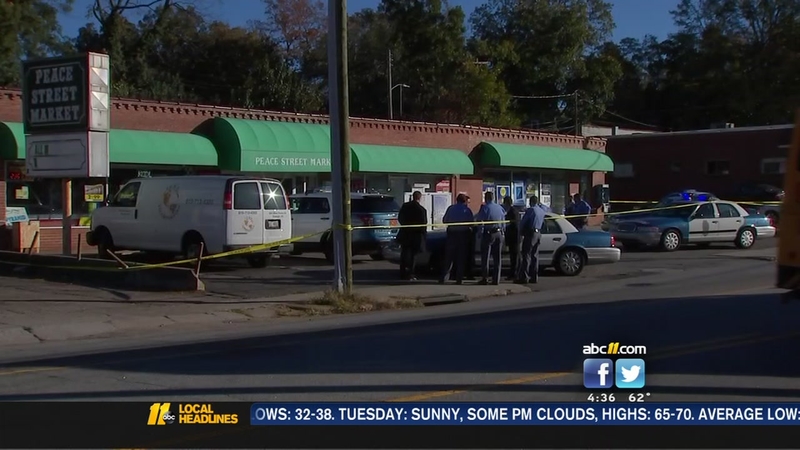 Broughton High School locked down after incident near campus

RALEIGH (WTVD) -- Police have made two arrests in an incident near Broughton High School Monday morning.

Officers were called just after 7 a.m. to the 800 block of West Peace Street for a report of a stabbing and a gun being fired. A 911 caller said a bullet went through a window of Peace Street Market.

Police later said there was no evidence guns were fired. The manager of the convenience store agreed. He said the sound of the breaking glass could have been mistaken for a shot.

Tuesday, the Raleigh Police Department announced 20-year-old Mouad Omerani is charged with assault with a deadly weapon with intent to kill. Witnesses said a 15-year-old victim was hacked in the hand area with a machete.

Another unnamed 15-year-old is charged with assault by pointing a weapon. At a court hearing Tuesday afternoon, a Wake County assistant prosecutor said Omerani and the 15-year-old suspect are brothers and the weapon that was pointed was a BB gun.

A family member told ABC11 the incident was a carryover from a previous fight in which the machete attack victim beat up the 15-year-old suspect and posted video of it online. The 15-year-old and his 20-year-old brother then confronted him about it Monday morning. The family member said all the parties involved are Broughton students. That has not been confirmed by Wake County school officials. Omerani is listed as a student at Longview School in Raleigh.

Police said the victim's injuries are not life threatening.

Broughton High School was put on lockdown after the incident and remained on lockdown for several hours.