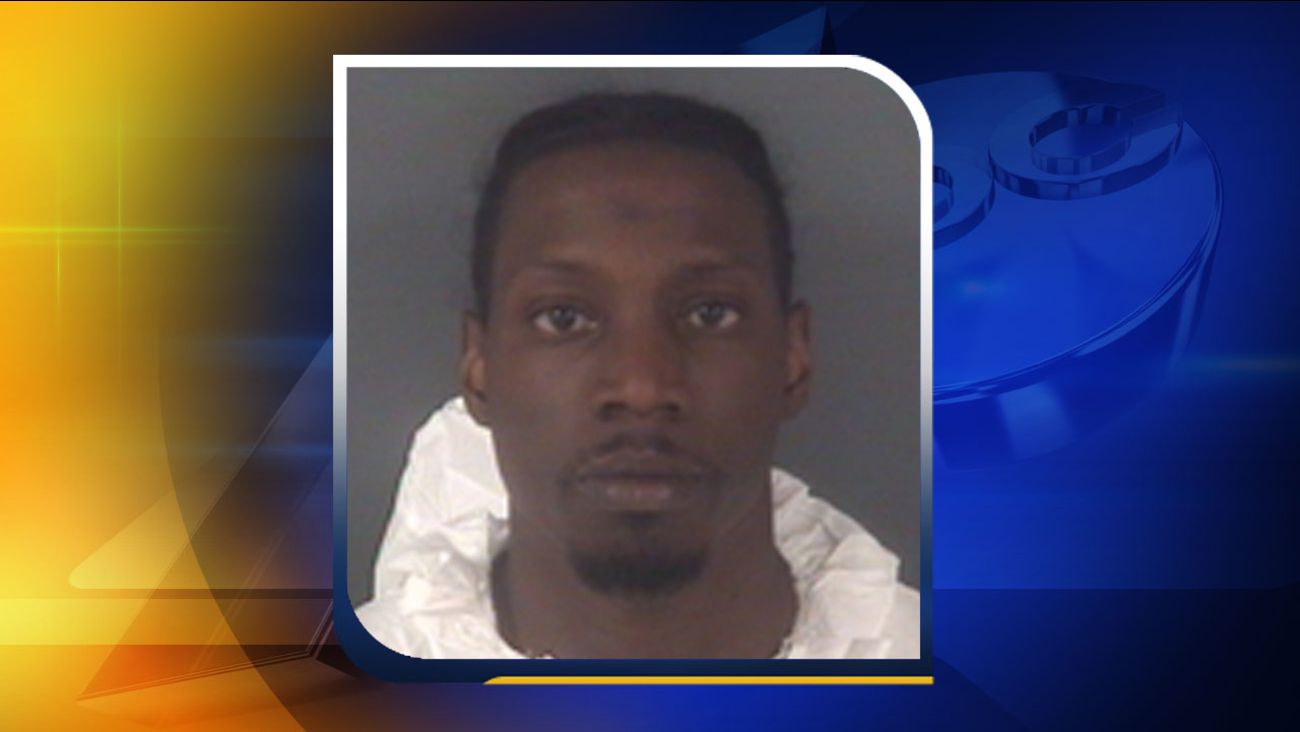 FAYETTEVILLE, North Carolina (WTVD) -- Authorities in Fayetteville have arrested a man in connection with a fatal shooting on Friday.

The shooting happened just before 1 p.m. in the 400 block of Hillsboro Street.

Authorities said the victim, 46-year-old Charles George Brown, was in the parking lot of Brown's Garage when he was shot in the stomach. He was taken to Cape Fear Valley Medical Center where he later died.

He is currently being held at the Cumberland County Detention Center without bond.

Investigators are also asking for the public's help locating a 1997 to 2002 Eddie Bauer edition Ford Explorer with a brush guard attached to the front of the vehicle.

Detectives are seeking the public's assistance in locating a 1997 to 2002 Eddie Bauer edition Ford Explorer with a brush guard attached to the front of the vehicle.

If you recognize the vehicle seen in the surveillance images, you are asked to detectives or Crimestoppers.
Anyone with information regarding the homicide investigation is asked to contact Detective J. Littlejohn with the Fayetteville Police Department at (910) 818-3468, or Crimestoppers at (910) 483-TIPS (8477). Crimestoppers information can also be submitted electronically, by visiting http://fay-nccrimestoppers.org and completing the anonymous online tip sheet or by text-a-tip on your mobile device by sending a message to 274637 (in the text box type "4Tip" followed by your message).