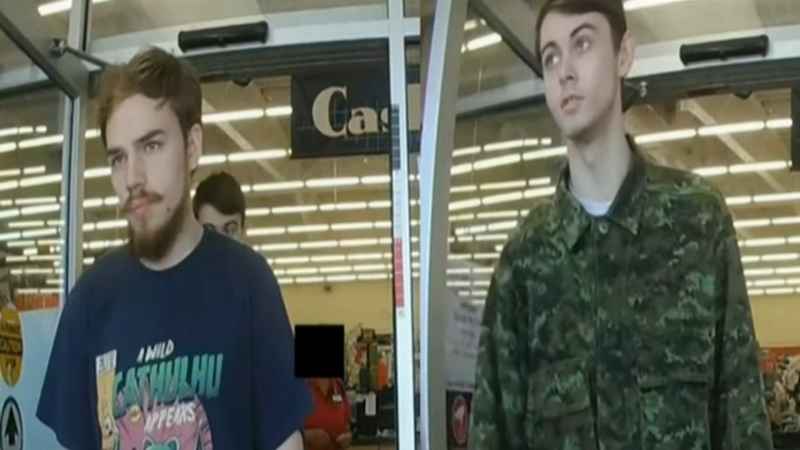 CANADA -- Officials confirmed the two bodies found near Gillam Manitoba last week are the fugitive teens they've been searching for, and police believe the pair died by suicide.

RELATED: Suspects in murders of North Carolina woman and Australian boyfriend in Canada believed to be found dead

The two were wanted for murdering a Vancouver botanist and two young tourists in northern British Columbia.

The young fugitives on the run for days, took their own lives in the dense bush near Manitobas Nelson River, reported CTV News. Royal Canadian Mounted Police said in a press release the duo committed suicides by gunfire.

The bodies were found about 5 miles from this torched vehicle, registered to a man who was also found dead in British Columbia.

The exact time and date of their deaths is unknown but Schmegelsky and McLeod were likely alive for a few days during the exhaustive manhunt in the Gillam area before they killed themselves, officials said.

Their discovery of their bodies officially ends the manhunt, but not the questions.

The young men were charged in the murder of UBC lecturer Leonard Dyck, and named as suspects in the deaths of two young tourists, Australian Lucas Fowler and his American girlfriend Chyna Deese. The motive for the murders is still unknown.

RELATED: Canada manhunt after murder of 3

Schmegelsky's father spoke to Australian news about his son.

"I've had to be concerned that a bunch of cops are going to come out and shoot him. You have no idea how heartbreaking that is," said Schmegelsky's father, Alan.

When asked by a reporter if the pair is capable of murder, Schmegelsky answered, "I can't answer that."

"No amount of confession will validate or solidify an understanding of the events that lead to the unprovoked murder of my sister," she wrote.