BUFFALO, New York -- President Donald Trump ignited fresh controversy over his hard-line "law and order" push Tuesday by peddling yet another unfounded conspiracy theory, this time trying to raise suspicions about a 75-year-old protester who was hospitalized after being shoved by police and falling.

Trump tweeted without evidence that the confrontation in Buffalo, New York, may have been a "set up" as he once again sided with police officers over protesters and demonstrated anew his willingness to spread and amplify bogus charges cooked up by far-right outlets.

The move comes as Trump, who has labeled himself "your president of law and order," has taken a tough line against the protesters who have been demonstrating across the nation following the killing of George Floyd, a black man who died in police custody in Minneapolis after a white police officer pressed a knee into his neck.

Aides have been urging Trump to strike a more unifying tone, worried that his divisive response to the protests is animating parts of the Democratic base and benefiting his rival, Democrat Joe Biden, months before November's election.

Two Buffalo police officers have been charged with second-degree assault after video captured protester Martin Gugino falling to the ground after being pushed by police. He was seen bleeding from his head as officers walk away. The officers, who could face prison sentences of up to seven years if convicted, have pleaded not guilty.

The video is one of several that have emerged in recent weeks showing police using seemingly excessive force against protesters as Trump has demanded that governors and mayors across the nation take control of their streets using all means necessary. He has repeatedly urged local leaders to call up the national guard and threatened to deploy active-duty military to American cities if he deems local efforts insufficient.

"Buffalo protester shoved by Police could be an ANTIFA provocateur," Trump wrote in his tweet. "75 year old Martin Gugino was pushed away after appearing to scan police communications in order to black out the equipment. @OANN I watched, he fell harder than was pushed. Was aiming scanner. Could be a set up?"

There is no evidence to suggest that anything of the sort took place. Trump was referencing a report on One America News Network, a far-right news channel that he often praises.

Trump's tweet was criticized by both Republicans and Democrats.

"It's a serious accusation, which should only be made with facts and evidence. And I haven't seen any yet," said Sen. John Thune of South Dakota, the No. 2 Republican in the Senate. Asked by reporters if the president should not be making it, Thune said: "Well, I think that's a given."

Sen. Lisa Murkowski, R-Alaska, who last week said she's "struggling with" whether to support Trump in November, reacted to the tweet in the Capitol after a reporter handed her a printout.

"How reckless, how irresponsible, how mean, how crude. I mean if there was ever a reprehensible, dumb comment, and from the president of the United States," Cuomo said at his daily press conference.

"At this moment of anguish and anger, what does he do? Pour gasoline on the fire," he added. "Show some decency. Show some humanity. Show some fairness. You're the president of the Untied States."

As for the substance of the tweet, the president's claim is "so technically incomprehensible, I'm not even sure where to start," said Matt Blaze, a professor of computer science and law at Georgetown University.

It is possible to disrupt police radio -an illegal action often called "jamming"- but hackers can only do that by attacking receiving stations, not with handheld devices that target an individual police officer's radio, Blaze said.

"Any radio system is subject to interference, but it doesn't work by pointing some sort of ray gun and interfering," Blaze said.

As he has tried to malign protesters as "radical-left, bad people" engaging in domestic terrorism, Trump has frequently invoked the label "antifa," an umbrella term for leftist militants bound more by belief than organizational structure. Trump has blamed antifa for the violence that has erupted during some of the protests. But federal law enforcement officials have offered little evidence that antifa-aligned protesters are behind the efforts seen in hundreds of cities and towns in all 50 states since Floyd's death.

Trump's campaign has run ads calling on Facebook users to applaud the president for saying he would declare antifa a terrorist organization.

Gugino, who is out of the intensive care unit but remains hospitalized, has been described by friends as a retiree and veteran peace activist driven by his faith and a desire for social justice. He is involved with the Western New York Peace Center and Latin American Solidarity Committee, the center's executive director has said.

Gugino, she said, "has always been a peaceful protester because he cares about today's society."

"No one from law enforcement has even suggested anything otherwise, so we are at a loss to understand why the president of the United States would make such dark, dangerous, and untrue accusations about him," she said.

Erie County District Attorney John Flynn declined to comment Tuesday on the president's tweet and said he would have no further comment on the Gugino case because it remains under investigation. 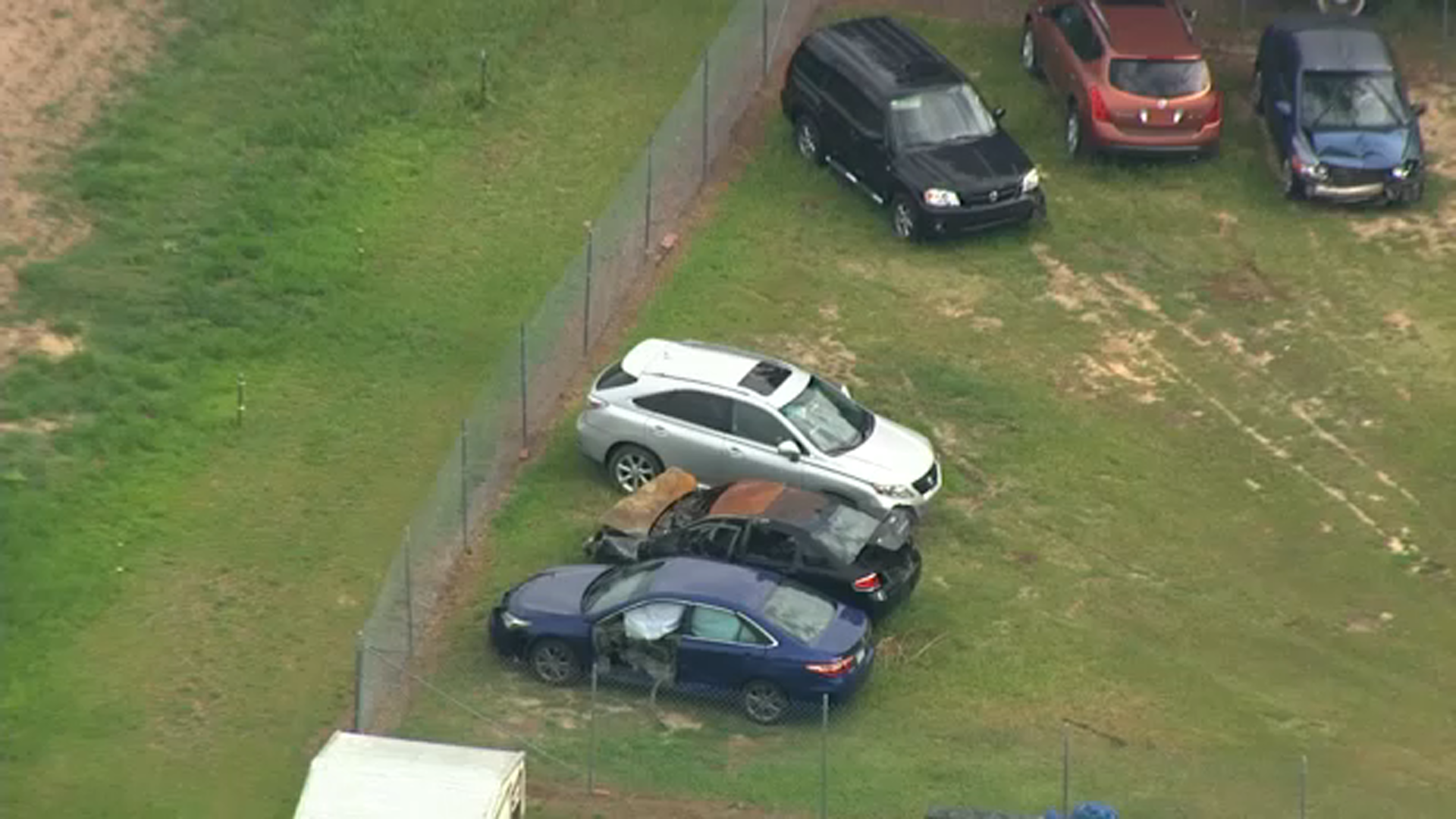