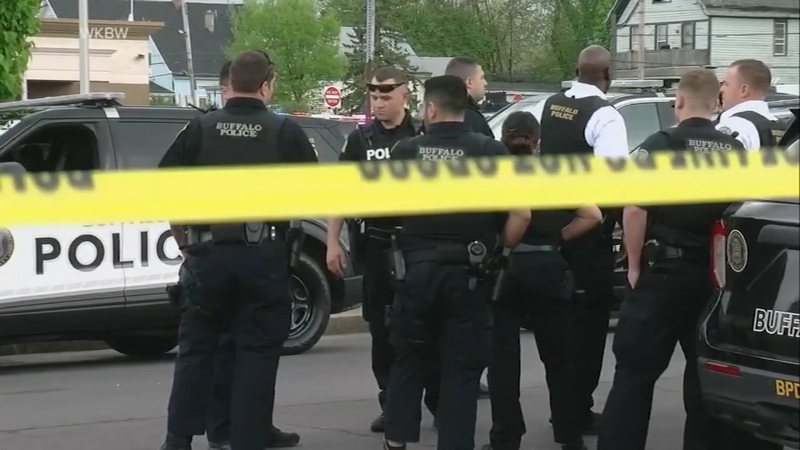 RALEIGH, N.C. (WTVD) -- Yahnia Brown McReynolds wasn't struck by the suspect but you can tell by her words she is emotionally wounded.

An 18-year-old gunman opened fire at a Buffalo, New York, supermarket on Saturday afternoon, which killed 10 people and injured three others. Authorities call this latest mass shooting a hate crime with experts linking the suspect's motive to the so-called "great replacement theory."

"The theory is that there is a Jewish conspiracy underway designed to replace White people in this country and that's done through immigration of Latinos and people of color," said North Carolina Central Law Professor Irving Joyner.

According to Joyner, the country has seen this theory play out on a national stage many times as recently as the Buffalo shooting. The Charlottesville, Virginia, march in 2017 was notable, too.

"It was shocking to a lot of folks because they didn't understand its origin, purpose and meaning. But, it's now being circulated throughout ultra-right-wing communities," said Joyner.

The U.S. Justice Department released data showing increased hate crimes in North Carolina. From 2018 to 2020, the numbers related specifically to race with 148 hate crimes happening in 2020.

"It's a theory without a foundation," said Joyner. "Being highly promoted with politicians from the former president down to members of Congress."

ABC News reported the gunmen posted a racist piece of writing online filled with ideas linked to the "Great Replacement Theory." Authorities are still working to confirm its authenticity as victims like McReynolds and her mother continue processing the trauma.