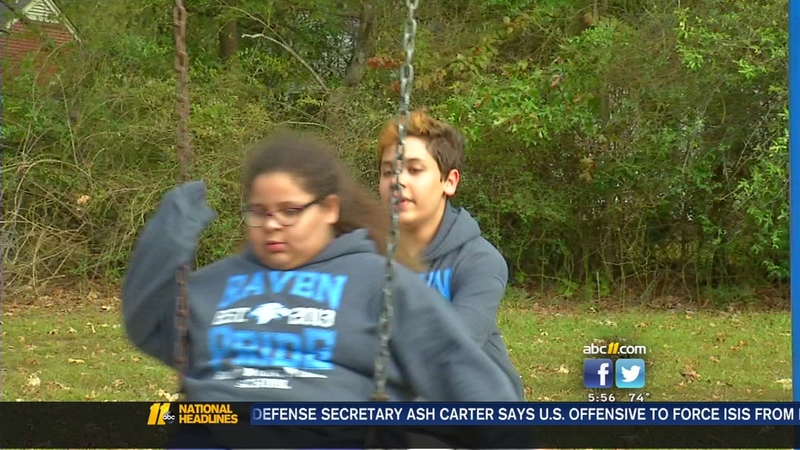 Girl overcomes bullying after her brother writes a letter to Santa

ROCKY MOUNT, NC (WTVD) -- Three years ago, a child named Ryan Suffern wrote a letter to Santa asking him to put an end to the bullying of his twin sister, Amber.

The story garnered national attention, but now Amber's family says she doesn't have any more bullies to deal with. Still, the battle to rise above it was hard.

"At first the bullying did get worse, but there were a lot of supporters who helped out," Ryan said.

Amber and Ryan had to switch schools and were even home schooled for a time to get away from the bullying.

Their mom said Amber has high-functioning autism and an anxiety disorder. The bullying made it harder to get through to her.

"Every time I was able to work with her to get her out of her shell that she is constantly in, she was just pulled in it more," Amber's mother, Karen Suffern said.

Karen faced bullying herself and the whole experience has been so hurtful she wrote a book about it.

Karen said with the school change and the support of family, Amber has been able to overcome the bullying and has even made a new friends.

Now Amber wants other bullying victims to speak up.

"Don't go through the same thing I did, because I didn't stop it," Amber said.

"Words do hurt, they really do, because even with physical violence eventually bruises they heal, broken bones heal, but words you know they do a lot of damage," Karen said.