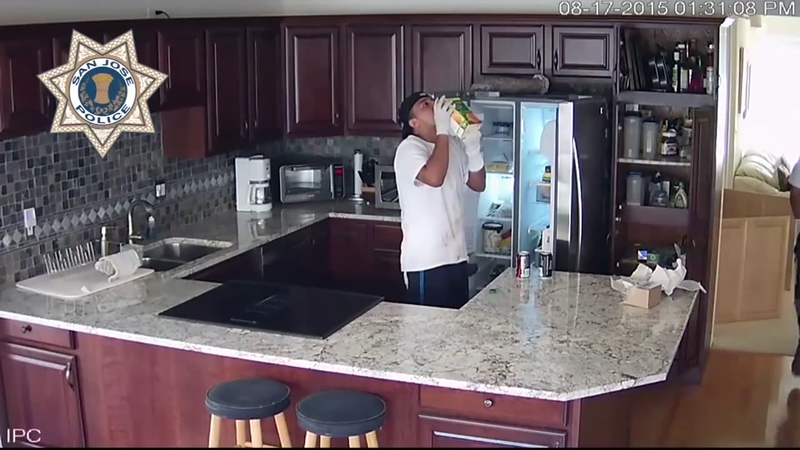 SAN JOSE, Calif. -- A group of burglars was caught on camera in California stopping in the middle of their crime to help themselves to orange juice and soda in the fridge.

Now, the San Jose Police Department is asking for the public's help in putting the squeeze on two of the suspects.

Video shows three suspects forcing their way into a home. The suspects ransacked the house, stopping at one point to help themselves to drinks in the fridge. One suspect was even seen drinking straight from the orange juice carton.

One of the suspects, later identified as Everth Amador, was tracked down and apprehended a week later, but police still are looking for the other two men seen in the video.

The house was unoccupied at the time of the burglary.