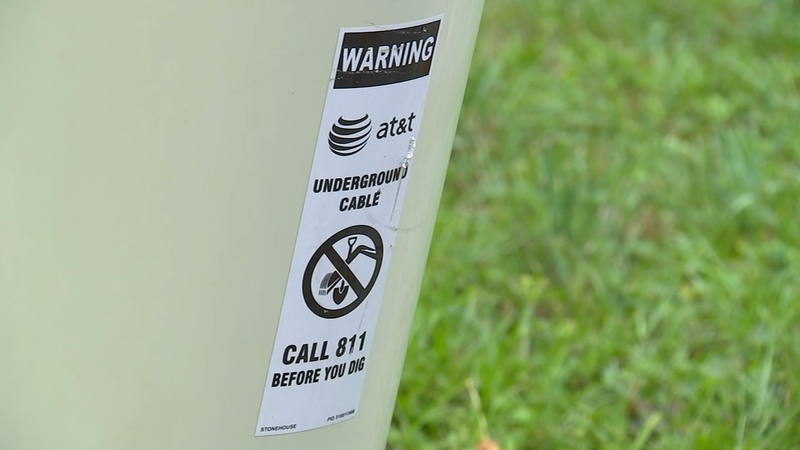 RALEIGH, N.C. (WTVD) -- Technology is advancing and as more members of the Triangle's growing population look to update their services there are more reports of the headaches that often come with upgrading.

For one Raleigh neighborhood, that headache came in the form of an unburied internet cable that stretched more than half a block.

The problem started when a gas contractor accidentally cut Emily Drew's internet line. AT&T sent someone out to make a repair, but the line was never buried.

The cable stretched from a box about a half-block away, across three driveways, over Drew's mailbox, up her driveway and around to the back of her house.

She said it was a safety issue for her family and their neighbors.

She tried for months to get someone from the company to come bury the cable, but said the calls and requests were ignored.

"I probably made six or seven phone calls to AT&T where they said they were going to come out and fix it. This went back and forth, me calling them, them saying they're going to come out, and them just not coming out, probably for several months," Drew said. "I said I don't know what to do. That's when I pretty much I emailed you guys."

The Troubleshooter team got on the case and reached out to AT&T. A representative said they were working to bury the line and apologized for the inconvenience.

"The line was gone and everybody rejoiced," she said.