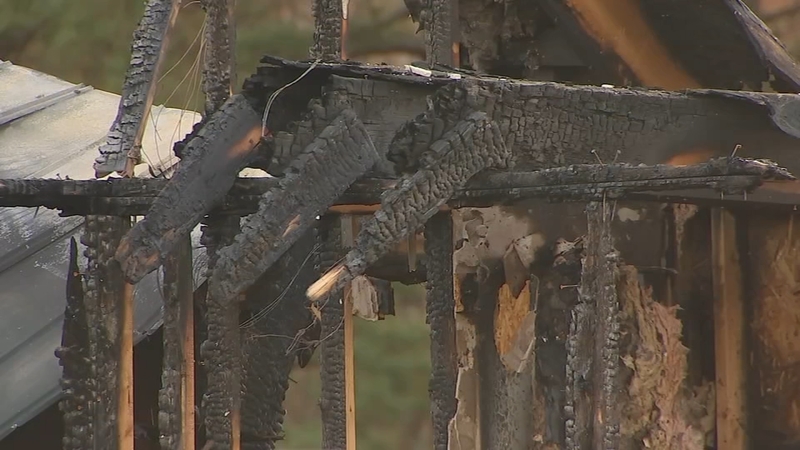 RALEIGH, N.C. (WTVD) -- A Raleigh small-business owner, who recently appeared on ABC11, is now in the midst of rebuilding his life after a devastating house fire and making plans to give back after the community rallied around his family in support.

"It is the most life-altering event I can ever imagine," said Jeff Hastings who took ABC 11 on a flashlight tour of the charred ruins of his family home.

The 1,800-square-foot, 19th-century farmhouse just off U.S. 1 has been reduced to what feels like an archaeological dig of Hastings family memories. His wife's jewelry; their wedding photos; his children's baby books -- all gone -- in what investigators suspect was an electrical fire that began in the walls of the house.

"We're taking out shovelfuls of items," Hastings said. "This is everything we had. One hundred percent."

Just 13 days ago, ABC11 met Hastings in much different circumstances -- at his west Raleigh hardware store, Burke Brothers, to discuss the end of Raleigh's mask mandate.

It was the next week that he and his wife and two children flew to Orlando for a hardware convention. Hours later, he got the call no one wants to get.

In tight-knit Apex, a local firefighter called the family frantically, not knowing they were in Florida. Firefighters saw Hastings' car and truck parked outside the house. But, with no sign of the family, they began to fear the worst.

"They thought we had perished," Hastings said. "He was happy to hear we were on vacation. The family pets, the cats, unfortunately, didn't make it."

The Hastings' nine cats were all killed; along with all the irreplaceable memories.

A few days after we spoke to Raleigh hardware store owner Jeff Hastings for a separate story, his Apex home burned to the ground. Jeff’s family’s OK but they lost 9 cats in the blaze. Tonight, his plans to pay the generosity forward after an outpouring of community support #abc11 pic.twitter.com/oTR9R6JPWP

But since the fire, Hastings and his family said they've been blown away by the outpouring of love from the community and people they don't even know.

"It has been overwhelming," Hastings said about the more than $18,000 raised so far on an online donation site.

Now, Hastings is pledging to use his hardware business to help pay the generosity forward.

"If it means that we buy 2,000 or 3,000 fire alarms and give them away, then we're going to do it. Because if we can save one cat, one dog, a person, one house (we will)," Hastings said. "We're going to try to figure out how to pay it forward to the next person that this may happen to."