Durham city and county fire departments merge July 1; What does it mean for you? 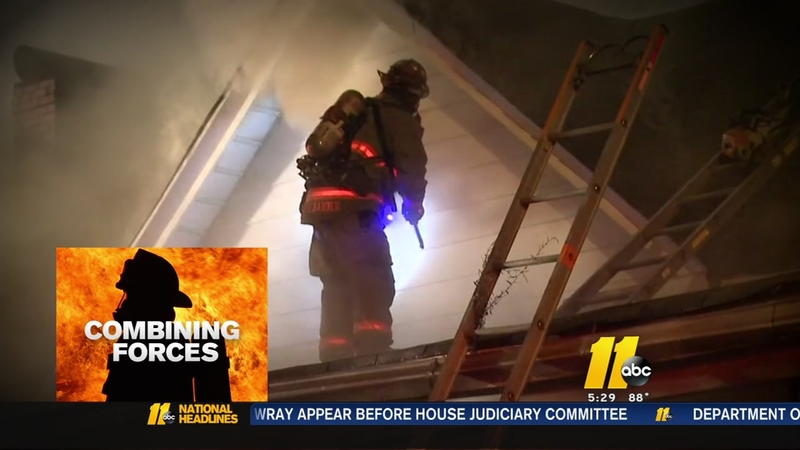 DURHAM, NC (WTVD) -- Seconds and minutes count when fire strikes; the city of Durham's goal is to arrive in five and half minutes or less.

With the city and county fire departments just days away from becoming one, city leaders said they will hit that response time more often.

"We think this merger now is the right time to do it," said Assistant City Manager Bo Ferguson. He said growth in South Durham is one of the main reasons for the merge, as more rural areas of the county enter the city limits.

Starting July 1, city and county firefighters no longer have to travel through one district to get to the other, because they'll be dispatched from the same agency.

"Residents are going to get better fire service in many cases and pay less for it," said Ferguson.

"If you have really good fire service and they know that a fire truck can get to your house really quickly you're going to pay less insurance," said Ferguson.

But if you're a taxpayer living in the county, expect a two-cent increase in your fire tax.

In all, 53 county firefighters will join the city with their benefits still intact- which brings the city's total fire response team to 350 firefighters across 19 stations.

Many of them will be equipped with hazmat and other specialized equipment; that's now quickly and easily available for people living in the county.

This is not the first city-county merger- Durham's building inspections office and tax office merged more than 30 years ago.