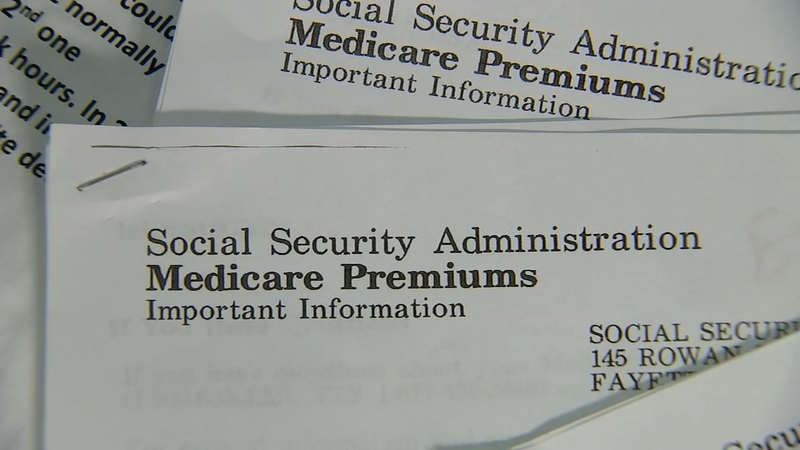 EMBED <>More Videos
FAYETTEVILLE, N.C. (WTVD) -- When it was time for the Social Security Administration to issue a refund, the check came up short for one Fayetteville woman.

Iris Mitchell said she reported her change in income when she retired in 2016 but the premium for her Medicare coverage stayed the same for two years.

"I gave them everything they needed, my 2017 income tax form and even to be specific, I told them what my income was and what it is now," Mitchell said.

When she requested a refund for the over payments, she was told she would get her money back, but she only got a check for half of what she was owed.

"It was very frustrating because it was very cut and dry, it wasn't rocket science," said Mitchell. After spending more than a year trying to resolve the issue on her own, she got a letter saying she would not get any more money back. Mitchell decided to reach out to the Troubleshooter team.

"I was going to give up, but I was looking at the news and that particular day Diane was talking about a man that had been trying to get his social security for, I can't remember if it was 4 or 5 years... and she had taken his case and he got his back pay and he was getting his Social Security and it was great," said Mitchell.

We confirmed Mrs. Mitchell was owed a refund and a spokesperson for the Social Security Administration said the delay was due to an employee error. Mrs. Mitchell received her refund and an apology about a a week later.

The Social Security Administration said if a Medicare recipient's income changes, they should contact their local office and let them know they have new information and may need a new decision about their Medicare premiums.