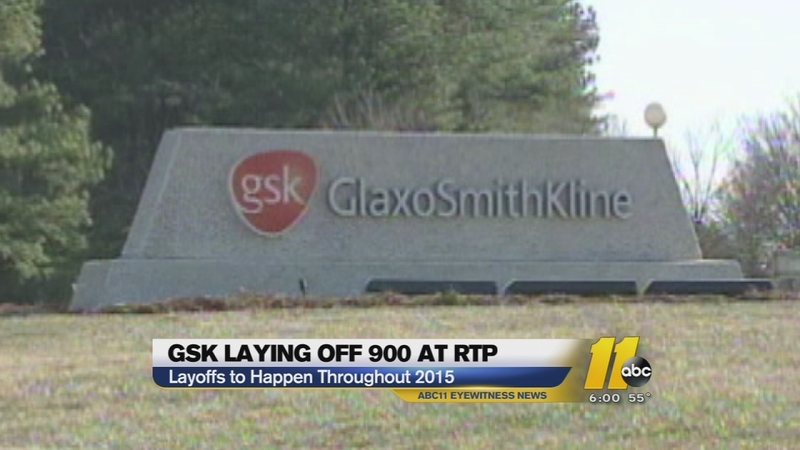 The company's entire research and development department in the Research Triangle Park is being shut down, as the pharmaceutical company consolidates and relocates the majority of their R&D operations into two major centers - a sister headquarters in the Philadelphia area and Stevenage (UK).

Some employees will be offered relocation deals. However, GSK says they will be working with local employers to support staff trying to secure re-employment in the Triangle.

The pharmaceutical company employs some 4,500 people in Research Triangle Park and about 500 elsewhere in the Triangle, including Zebulon. The job cuts will be about 20 percent of the RTP campus work force.

Wednesday afternoon, Gov. Pat McCrory's office released this statement: "The governor is aware of the layoffs and has already directed our Department of Commerce Rapid Response Team to assist those employees that were affected."

Click here to see the company's report to the N.C. Department of Commerce.