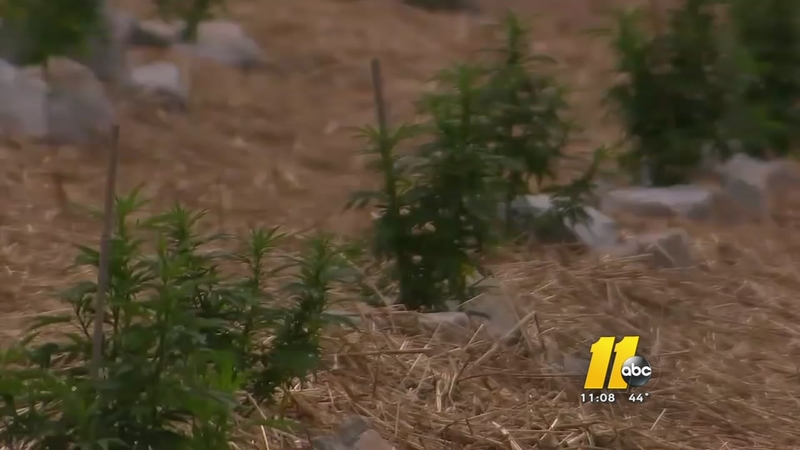 High on hemp in NC despite rough growing season

BUNN, North Carolina (WTVD) -- Many hemp farms in North Carolina experienced crop failures in their first full season, but farmers and state officials remain high on the potential of this budding industry.

"We're excited about the learning experience, and we're still ahead of the curve," Mann Mullen, owner of Mullenview Farms in Bunn, told ABC11. "I've never completely failed at anything. I don't consider this a complete failure."

Mullen, a fifth-generation tobacco farmer, planted 150 acres of hemp in his 400-acre farm this past July. By his own estimate, a combination of a late planting and excessive heat killed 95 percent of the crop, but he still salvaged dozens of plants and is now harvesting their seeds.

"We're going to be ready for 2018 and it will be much better," Mullen explains. "There's hope of what (hemp) will generate for the family farm, and for what it would generate for North Carolina's economy. It's coming."

Some economists estimate hemp to be a $600 million industry in the United States; the plant is a cousin of marijuana but lacks the amount of THC which gives the leaves their hallucinating features. Most hemp is imported from China and Canada, and it's grown to harvest its seed, its fiber and its oil, which has long been promoted in medicine.

The North Carolina General Assembly first passed legislation on industrial hemp in 2015, which earned the support and signature of former Gov. Pat McCrory. It took until 2017 for the state's Industrial Hemp Pilot Program to finalize all the rules and regulations before farmers could get the green light.

According to the North Carolina Industrial Hemp Commission, 75 farmers earned licenses to grow hemp in 2017 and that number has increased to 105 in 2018. Those farmers are expected to plant at least 1,993 acres of hemp grown outdoors and 179,617 square feet of indoor greenhouse cultivation.

There are also 30 licensed processors, most of which are producing CBD oil, an extract from the plant.

Among those farmers with a new license for 2018 is Johnny Vollmer, another fifth-generation North Carolina farmer who's starting a company called Johnny Hempseed.