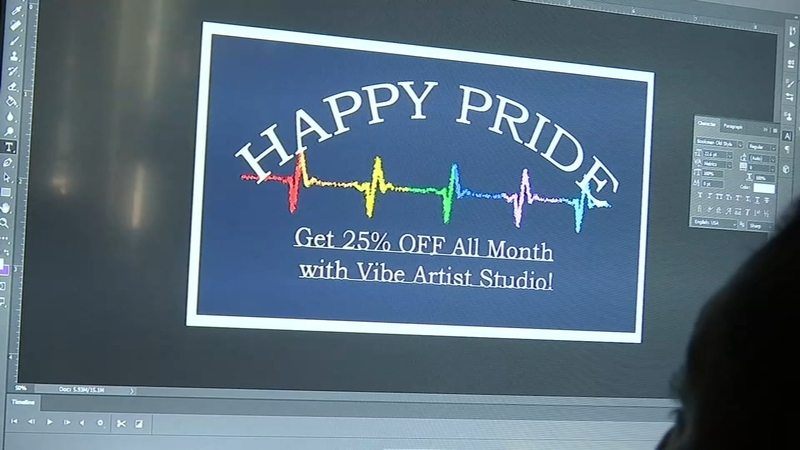 RALEIGH, N.C. (WTVD) -- Yelp has launched a new feature, allowing businesses to be designated as "LGBTQ-owned", an announcement timed with Pride Month in June.

Qualia Holder-Cozart, who launched Vibe Artist Studio in Raleigh in May, has labeled her business as both "LGBTQ-owned" and "Open to All."

"I want people to feel like when they come into my studio, when they're performing, when they're talking, that they have my full-on support. Not just for what they're physically there for, but just for their general life," said Holder-Cozart.

She's hopeful her studio will allow performers to thrive and be comfortable with themselves, a struggle Holder-Cozart faced with her sexuality.

Offering vocal lessons and training, Vibe Artist Studio is offering 25% off services during Pride Month. The business's motto, "Embrace Your Inner Vibe", a reflective message of both her journey and goals.

A 2015 report from the National LGBT Chamber and Commerce estimated there were 1.4 million LGBT business owners in the US -

Yelp reports that searches for LGBTQ+ businesses were up more than 150% in April 2021 compared to the same month last year, a sign of growing interest.

Holder-Cozart is hopeful other business owners take advantage of the designations, especially during Pride Month, adding she'd like to see more collaboration.