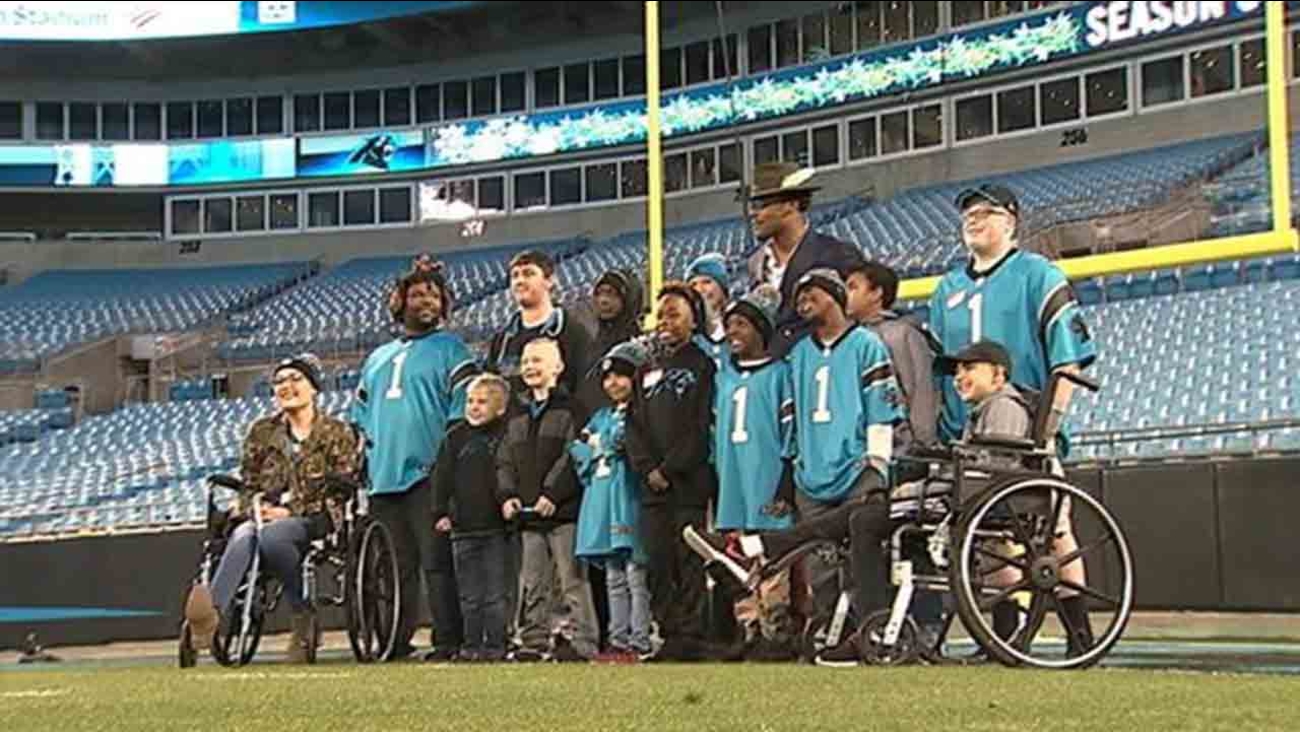 Fourteen children at Charlotte's Levine Children's Hospital were invited to Sunday's game against the Tampa Bay Buccaneers at Bank of America Stadium.

The patients watched the Panthers beat Tampa Bay, 22-19, from a catered luxury suite. They also received a personalized number one jersey and met Newton on the field after the game, WSOC reports.

And the simple gesture really meant a lot to the kids.

"I just wanted a hug," said 15-year-old Ashling Beatty from Mooresville. "It's really special. (Cam) is a really good person."

The patients were treated to a great game with a thrilling finish, as Newton scored the game-winning touchdown with 35 seconds remaining.

About an hour after scoring that playoff berth-clinching touchdown, Newton interacted with the children, giving each one an opportunity to feel what it's like to be a Panther on game day.

Newton said there wasn't a better way to end a Christmas Eve win than to share some holiday joy with those who need it.

"Any time you get an opportunity to shine light on the good of the world, that's what I'm all for," Newton said. "Not only do I give them something, they bring on extra luck and we needed it."
Report a correction or typo
Related topics:
sportscharlottechildrennflfootballchristmascam newtonfeel goodcharlotte news
TOP STORIES
Beto O'Rourke confronts Texas gov. at Uvalde shooting press conference
LIVE: TX school shooting leaves at least 19 children, 2 adults dead
Will Congress act on guns after Sandy Hook, Buffalo, Uvalde?
NC Republicans seek to pass 'Parents' Bill of Rights'
Body of missing man found after being swept away in Cape Fear River
Texas school shooter bought 2 rifles within days of turning 18
Biden to sign policing order on anniversary of Floyd's death
Show More
Uvalde school shooting: What we know about 19 kids, 2 teachers killed
92-year-old Raleigh restaurant reopens after long shutdown
California moves toward allowing lawsuits over illegal guns
Death toll rises to 21, mostly children, in TX school shooting
Staffing shortages continue to plague Triangle hospitality industry
More TOP STORIES News