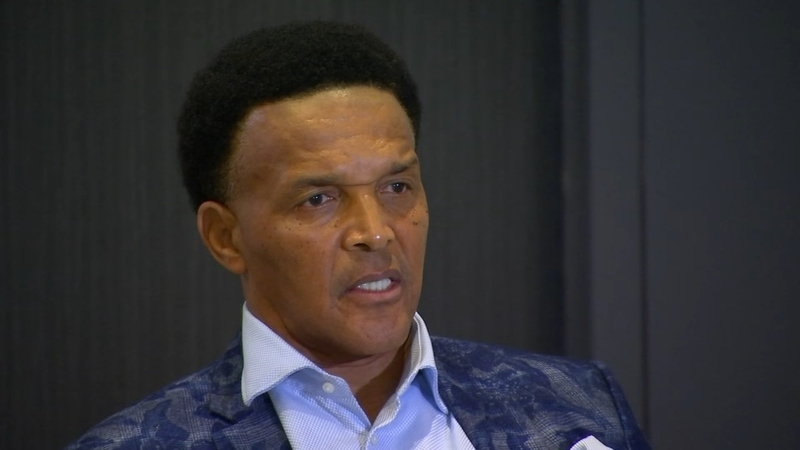 Monday night's game between the Broncos and Patriots has been postponed after a source told ESPN the Patriots had another positive COVID-19 test result Sunday morning.

Cam Newton's father, Cecil Newton Sr. told ABC11 Cam called him when he got the diagnosis.

"Out of nowhere," Newton Sr. said. "Again, I just was taken back by the mere fact that he said he tested positive. We don't know. I never asked him as to what could have possibly happened and in today's society while it is a very serious virus, I didn't take it for granted. I think he did everything he needed to do to safeguard his health and well being and his association with the team. I think over time he assumed and him being asymptomatic, he's kind of working his way through it. You just never know where you can get it from."

Cecil said Cam had been wearing his mask and staying socially distant prior to his diagnosis. Newton was, of course, concerned for his son.

Cam Newton’s dad, Cecil, said Cam had been wearing a mask and staying socially distant before his #COVID diagnosis. He says Cam has no symptoms and is sure he’s “roaring to go to play.” Monday’s game between @Patriots & @Broncos has been postponed. #Patriots #CamNewton #NFL pic.twitter.com/y1XAe9pcta

"It doesn't effect everybody the exact same way," he said. "I think I was asking him about his immune system and how did he feel and whether the symptoms were like fever, chills, cough or headaches. He had none of the symptoms so I think he will be able to come back his way through it."

"If he can't play, I'm sure he's roaring to go to play," Cecil Newton Sr. said. "We were close in the last game, Kansas City that is. I know it was kind of eating him to not be a participant but you can't compromise the safety of the team and other associates by being selfish and saying 'I want to play and I can put somebody else at risk.' We'll be patient."

Cecil Newton Sr. says he has no concerns about COVID-19 setting son Cam back

Cecil said he doesn't think Cam being diagnosed with COVID-19 will set him back.

"I think it's just going to run its course. I think eventually if we have not contracted it, we will all eventually contract it at some point. How it's going to impact us individually? I can't necessarily say. I just hope we pull out of it. I try to be more conscious of my health and well-being, immune system and all of that. I don't really see that as being a set back for him. I think he remains prepared and he just takes it as it comes."