Cam Newton does not get fined for giving little kids footballs 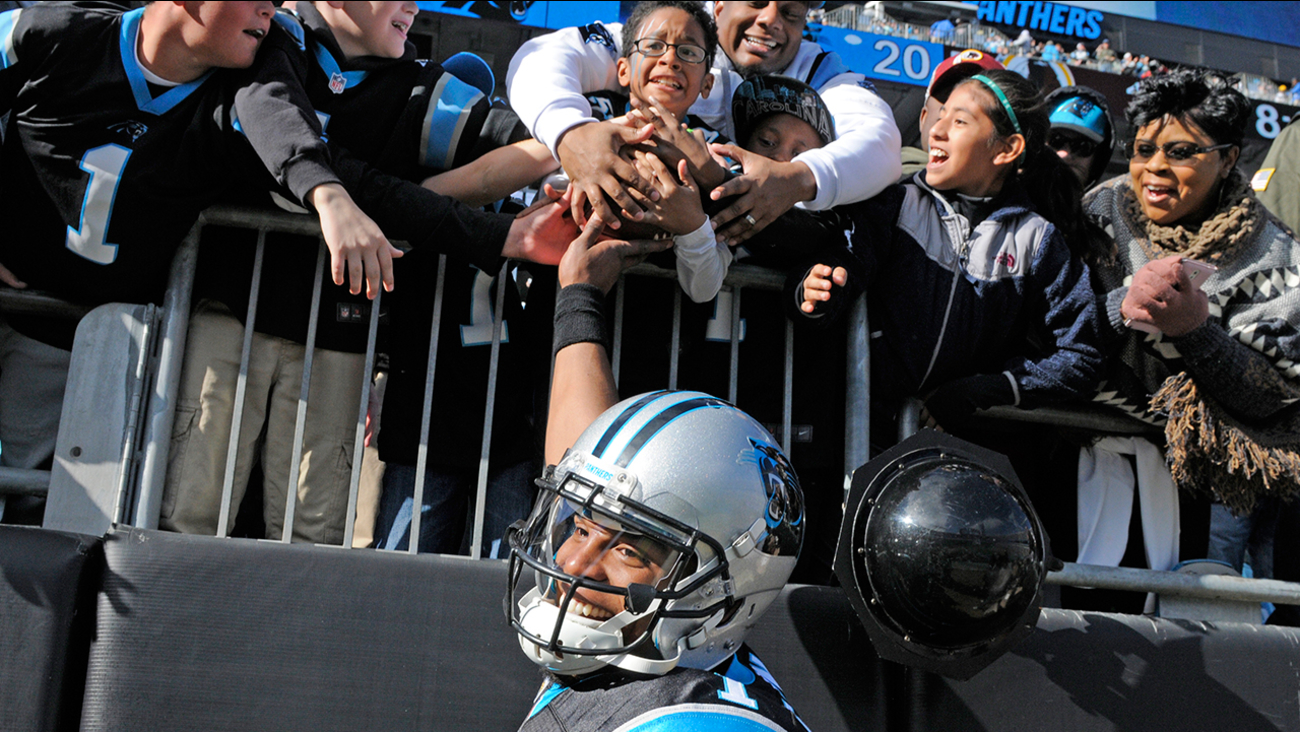 Carolina Panthers' Cam Newton hands a touchdown ball to a fan in the first half of an NFL football game against the Washington Redskins in Charlotte, N.C., Sunday, Nov. 22, 2015. (AP Photo/Mike McCarn)

Let's end this nonsense once and for all: Carolina Panthers quarterback Cam Newton does not get fined by the NFL for giving kids a football after touchdowns.

It's pure fiction, despite this Facebook claim that Newton has been fined more than $250,000 since he started giving away footballs during his rookie season in 2011.

According to the league, a player can be fined for throwing a football into the stands. It happened this season to Philadelphia wide receiver Jordan Matthews, who was fined $5,787 for doing so during a Sunday night game against the Cowboys. This is done for crowd-control purposes, to prevent multiple fans from fighting over a ball.

Carolina Panthers' Cam Newton (1) celebrates a touchdown against the New Orleans Saints with fans in the second half of an NFL football game in Charlotte, N.C., Sunday, Sept. 27.

Fines do not apply to handing the football to a fan, which Newton does as part of his "Sunday Giveaway" program.

Cam Newton looks to give a touchdown ball to a young fan after scoring a touchdown against the Green Bay Packers in Charlotte, N.C., Sunday, Nov. 8, 2015.