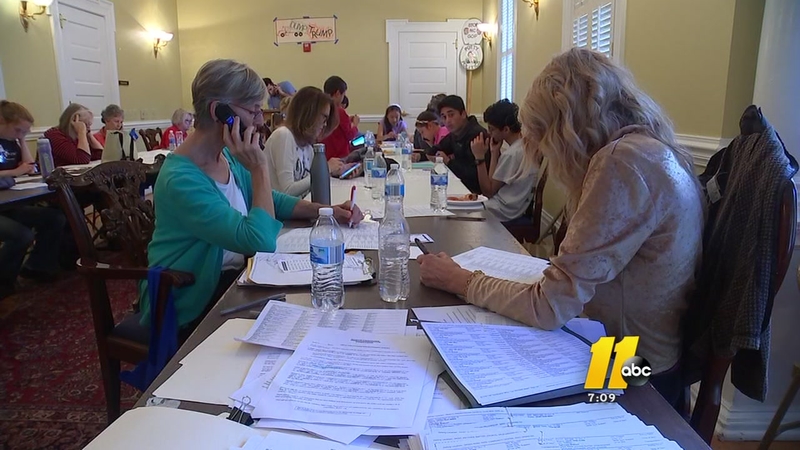 Parties working around the clock in crunch time before election

RALEIGH (WTVD) -- With Election Day fast approaching, local Republican and Democratic headquarters are in a crunch. They're working around the clock to drum up some last minute support for their candidates for both the national and state races.

Volunteers for the Democrats are spending hours cold-calling and canvassing, encouraging people to show up at the polls on Tuesday. They even offer a ride.

"All of it is critical, and this is the weekend, this is it. We don't have any more time," said one volunteer.

GOP director Dallas Woodhouse told ABC11 his volunteers will be working through the night to figure out who hasn't voted, and then get them out on Election Day.

Voting officials said there have been record numbers for early voting both statewide and in Wake County.