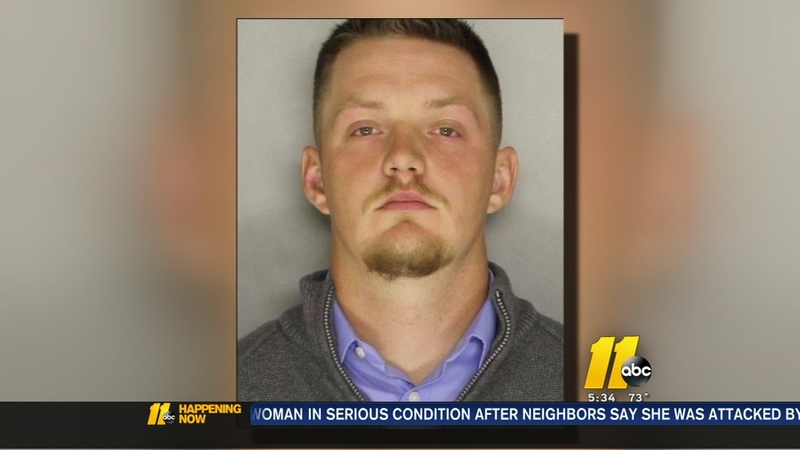 NORRISTOWN, P.A. (WTVD) -- A Campbell University student has been arrested and accused of having sexually explicit conversations with a 12-year-old boy he met while refereeing a boy's basketball game.

Police said 21-year-old Kevin Barron, of Horsham, Pennsylvania, was arrested and charged with two counts of corruption of a minor following sexually explicit Snapchat and Instagram conversations involving a photo of the boy's genitals.

According to the @campbelledu Athletics website, Kevin Barron played his last baseball game on March 25th, just four days before his arrest for sexting a minor. The investigation began in January. #abc11 pic.twitter.com/pcrr8jwCHU

In January, the 12-year-old's mother brought her son's cell phone to Hatboro police, saying that someone had reached out to her son via Snapchat and Instagram and was having sexually explicit conversations with him.

Reports show the woman saw a message asking her son to send a photo of his genitalia, which he did.

After a multi-agency investigation, authorities learned the boy met Barron during a basketball game in December, which the student refereed.

Officers said the conversations began about basketball and the boy's performance; over time, they turned sexual in nature, culminating in the request for a sexually explicit photo of the boy.

Barron is a student at Campbell University in Buies Creek and is student teaching at a Harnett County school.

Police said when in Montgomery County, Barron has been a volunteer for youth sports in the Hatboro and Horsham area.
Report a correction or typo
Related topics:
pennsylvaniacampbell universitychild pornographycorruptionsports
Copyright © 2021 WTVD-TV. All Rights Reserved.
More Videos
From CNN Newsource affiliates
TOP STORIES