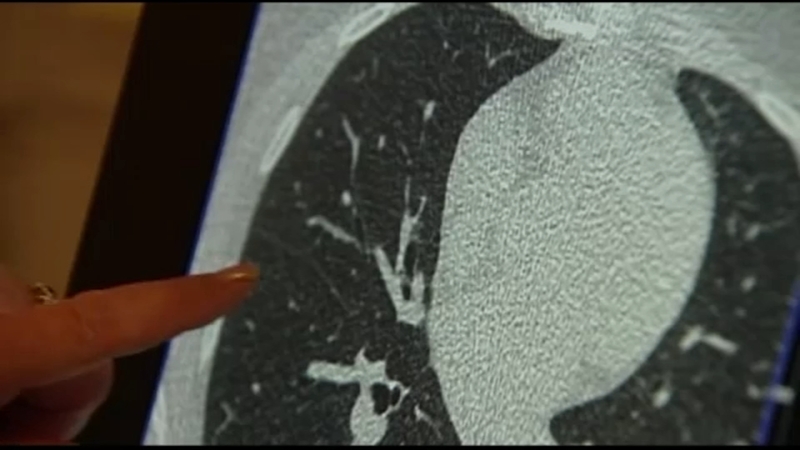 RALEIGH, N.C. (WTVD) -- Despite improved COVID-19 metrics and widespread availability of vaccines, lower rates of cancer screenings seen at the beginning of the pandemic are continuing.

"There are a lot of patients who can benefit from screening who weren't getting it before the pandemic. And during the pandemic, we've seen that notably fall off. Just on Tuesday, I saw a patient with a new diagnosis of brutal Pancoast tumor. Highly symptomatic, but had screening in 2019, and then unfortunately had not had it in the last two years. And that's someone whose life really could have been altered in a favorable way with screening had it been done," said Dr. Jared Weiss, an oncologist with UNC Health.

While screening guidelines vary based on the type of cancer and a person's respective health history, general screenings and check-ups are valuable tools in identifying and treating cancers in earlier stages. For lung cancer, which accounts for nearly 25% of all cancer deaths in the US, early detection can lead to a better prognosis and more effective treatments.

"Without (screenings), I probably wouldn't be here," said Turner.

The US Preventative Services Task Force, the American Academy of Family Physicians and the American College of Chest Physicians recommend yearly lung cancer screenings with low-dose CT scan for people who are 50-80 years old and in fairly good health, currently smoke or have quit in the past 15 years, and have at least a 20 pack-year smoking history. A pack-year is calculated by multiplying the number of years you smoked by the number of packs you smoked in a year.

While smokers are far more likely to develop lung cancer compared to non-smokers, non-smokers develop it, too. The American Cancer Society reports symptoms include lingering or worsening cough, coughing up blood, chest pain that is more painful during deep breathing, coughing or laughing, hoarseness, loss of appetite, unexplained weight loss, shortness of breath, infections such as bronchitis or pneumonia that don't go away or reoccur, and new onset wheezing.

Even though doctors express concerns about decreased screenings, there's a positive development when it comes to patient care for extensive stage small-cell lung cancer. In February, the FDA approved Trilaciclib, a drug used with chemotherapy which is believed to lessen side effects of the treatment.

"I wasn't getting sick. I was taking my nausea medicine like I was supposed to. I wasn't exhausted. I wasn't bouncing off walls. And the best part was my cell count never went down," Turner explained after using the drug during her most recent round of chemotherapy.

While Turner continues her treatment, she's grateful to spend another Thanksgiving with her family: