Canes Svechnikov, punched out by Ovechkin, doubtful for next game 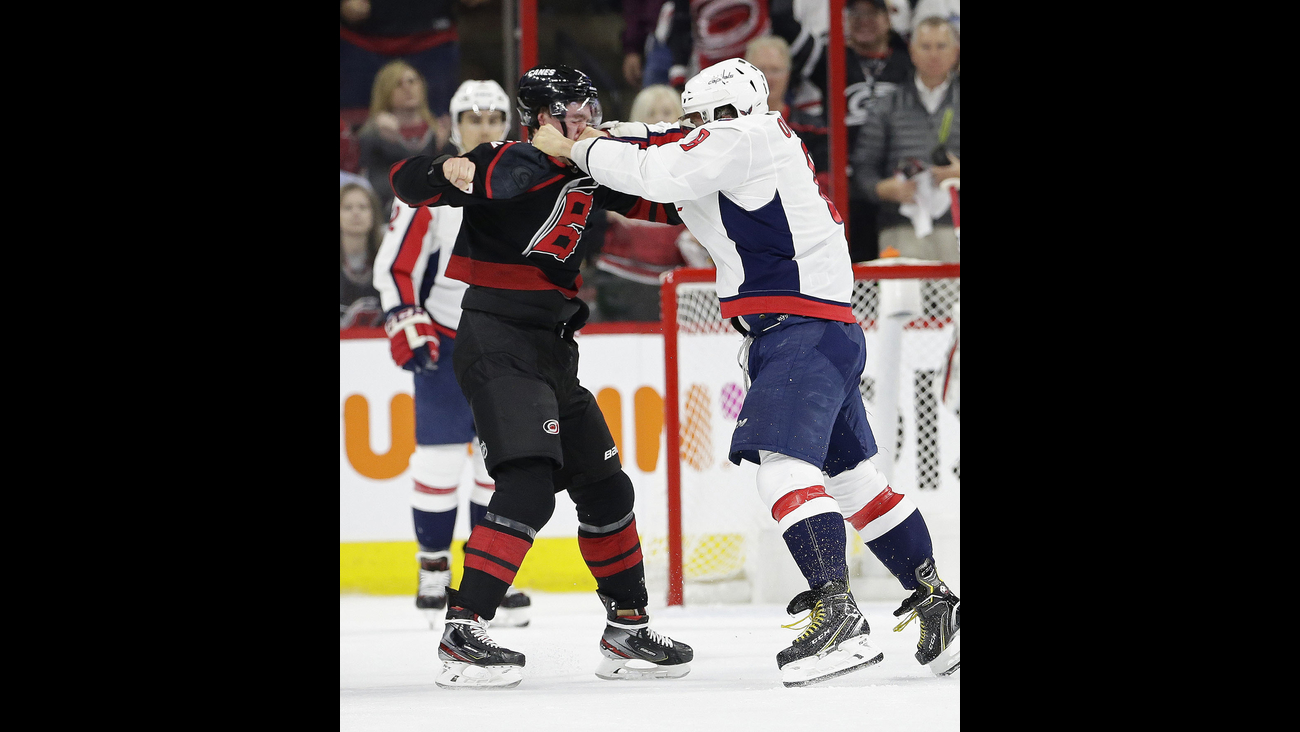 RALEIGH, N.C. (WTVD) -- The unfortunate side of hockey was on display during the 1st period of Game 3 on Monday night, a 5-0 Carolina Hurricanes' victory.

Hurricanes rookie star Andrei Svechnikov was knocked out by the right hand of Capitals superstar Alex Ovechkin. Hurricanes coach Rod Brind'Amour said he went to check on the 19-year-old after the period and he "wasn't looking too good."

At some point Svechnikov left the arena.

Who instigated is still out for debate. Not surprisingly, there are differing sides to the story. The two Russian natives had been exchanging shoves, sticks and words since the early stages of Game 1.

Brind'Amour said after the game that he was still sick to his stomach about it.

"One's guy's gloves comes off first and that's Ove's, not our guy," Brind'Amour said. "It's his first fight, he's played 90 games. Never fought in his life. I'm pretty sure Ove knew that, so that stuff bothers me."

Svech hadn't backed down the first two games either. I give him credit but this was man vs. young man here. https://t.co/HSEA7r76eA

It bothered just about everyone inside PNC including Warren Foegele one of Svechnikov's best friends on the team.

"It was an unfortunate incident there. But we stand up for each other. That's our brother and he's one of my best friends," Foegele said. "We needed to get that win not just for him but for us."

Jordan Staal summed it up succinctly: "It's an unfortunate play. The kid plays hard and we played for him tonight."