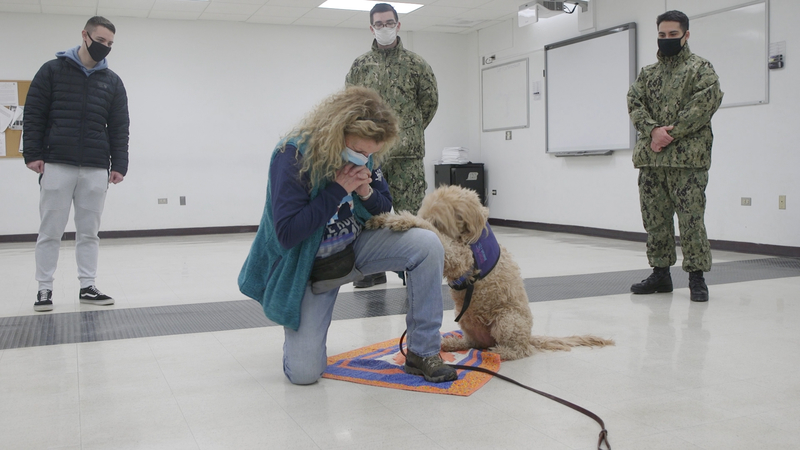 GREAT LAKES, Ill. -- There was a huge spike in people seeking companionship through animals, whether it be fostering or adopting rescues, when quarantine and social distancing restrictions went into effect.

That's because dogs are known to be one of those great companion animals, but what if you aren't able to have a pet?

The answer is finding organizations like Canine Therapy Corps.

"When most people think of therapy dogs, they think of dogs that are there for comfort," Canine Therapy Corps. Operations Manager Ann Davidson said. "While we do some of that, Canine Therapy Corps also uses dogs not just to make people feel better, but to help them actually get better in the long term."

The first use of animal therapy dates back to the 1960s, where animals such as dogs have been used to rebuild connections and bring comfort to humans in need.

Therapy dogs provide a sense of connection that is missing for so many people right now due to COVID, Davidson said.

The same idea came to Illinois Rep. Stephanie Kifowit as she was visiting her son stationed at the Great Lakes Naval Base.

"As a representative, I've always looked at veterans' mental and health and wellness [but] when I was visiting my son, a person on base had their dog and the kids were just ecstatic about it," Rep. Kifowit said. "So I started thinking about how we can help them and their mental health while they are here."

Canine Therapy Corps teamed up Safe Humane Chicago to treat sailors to a paw-fect day that allowed the dogs and humans to spend some much-needed quality time together.