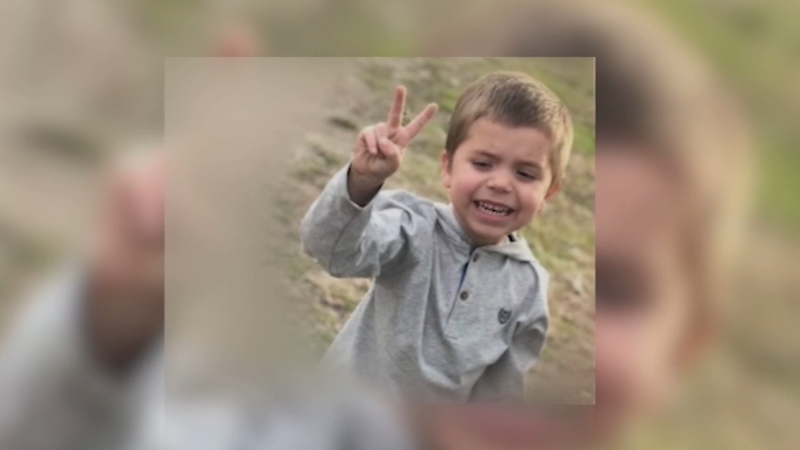 WILSON, N.C. (WTVD) -- Months after his death, many in Wilson are still coming to terms with the tragic death of Cannon Hinnant.

One step toward healing came on Wednesday morning when the family of the slain 5-year-old boy announced plans for a Miracle Field honoring his life.

A project calls for the field to be added to the J. Burt Gillette Athletic Complex and provide those with special needs and the disabled a chance to play baseball and enjoy other recreational activities. A playground is also part of the project.

Cannon's mother, Bonnie Parker, expressed gratitude for the support shown toward the family after their loss.

Wilson attorney Will Farris spoke of the field possibly hosting a children's bike rodeo as a yearly fundraiser. Farris said Cannon loved to play, making a playground a fitting tribute. Waddell spoke of how Cannon enjoyed riding his bike.

Hinnant was shot and killed in August just days before starting kindergarten. Emotions are still running high for some in the town of around 50,000.

"He was the only mama's boy I ever had and took that away from me. I wish it would have been me instead. I don't understand why my child, or why he would do this to anybody for that matter, it's a why that will never get answered," Parker told ABC11 in August.

A day later, Darius N. Sessoms was arrested after being identified as the alleged shooter.

SEE ALSO | 'He meant the world to me': Family, friends honor life of Cannon Hinnant

The family made the announcement in conjunction with the city's Parks and Recreation department. You can read more or donate to the project here.

Hinnant's death drew national attention and is considered by many to be the most high-profile case in Wilson since 17-year-old Brittany Willis was raped and murdered in June 2004. Neighbors shared heartfelt stories of Hinnant with ABC11, saying "they all loved him," and described him as a loving, free-spirited boy.