NC lawmakers reflect on Jan. 6 riot at the Capitol one year later 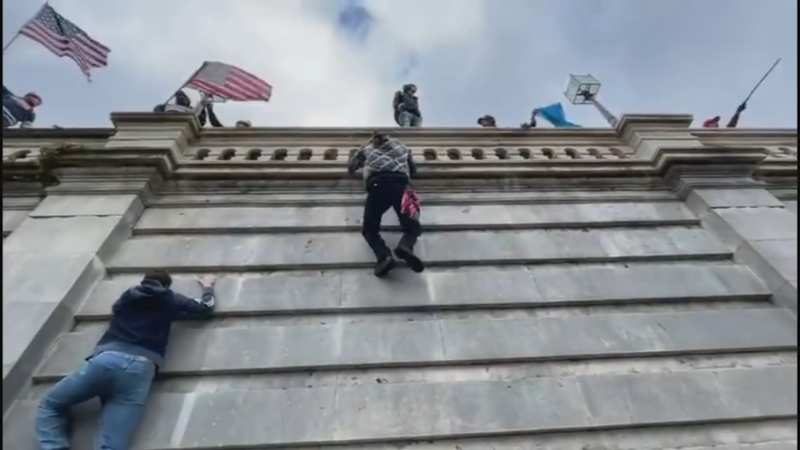 "I've been more emotional today than I was on that day, because we didn't really know everything that was happening, and there was so much adrenaline going on. So today, I've been remembering being essentially locked in my office for more than 12 hours with a single staffer, who I had just met that week," said Rep. Deborah Ross.

Ross, a Democrat, had been sworn into office just days earlier.

Her colleague, fellow Democrat David Price, shared that he walked to the Capitol that morning past attendees of the "Save America" rally, unaware of what lay ahead. It was there that a number of speakers, including Republican Rep. Madison Cawthorn, voiced their support of President Donald Trump while questioning the integrity of the election results.

During his remarks, Trump urged people to walk toward the Capitol, where hundreds of people eventually gathered. While there, tensions continued to escalate, leading to the breach of the Capitol.

"As I began getting calls and texts from friends and family, 'are you all right, are you safe?' And then as I went back over to the Capitol later in the day to finish the job of certifying the vote, I began to realize just how serious this had been. And that realization has grown until this very day," said Price.

Price was hunkered in his office the day of the attack and shared that he was not in immediate danger.

"When we knew that there was an evacuation, that was a trigger. It was the first thing that told us that something is wrong here," said Ross.

The attack temporarily delayed the certification process of electoral votes.

"We realize something new every day about how close we came to a blocked election," said Price.

It took several hours for authorities to fully clear the chambers and building, and to ensure its security.

"The absolute lesson is that democracy held. It was tenuous. It was touch-and-go. But the Vice President, the Speaker, and the then-Majority leader Mitch McConnell made sure that we came back and certified those electors. That we did our constitutional duty," said Ross.

Ross, who was just getting settled into Washington, D.C. and was staying at a hotel at the time, noted she had to work out of its conference room the following day.

During the past year, a review of data by ABC News found that more than 700 people have been charged for their role in the attack on the Capitol, including more than a dozen North Carolinians. At least 172 people have pled guilty, the bulk of which have been for misdemeanor charges. In that group, at least 75 people have been sentenced, about half of whom received jail time.

This is going on in the midst of the work of the January 6th Committee, made up of seven Democrats and two Republicans, who are working to learn the role that lawmakers and perhaps Trump, played in the lead-up to the riot.

"We have a lot of work to do as a country, bringing ourselves together. We of course need to move on, everyone said you need to move on. Yes we do, we need to move beyond this period of our history. But I do think an honest accounting is required in order to do that with integrity and lasting effect," said Price.