Brie Larson, filmmakers reflect on what made Carol Danvers heroic before she became Captain Marvel [EXCLUSIVE] 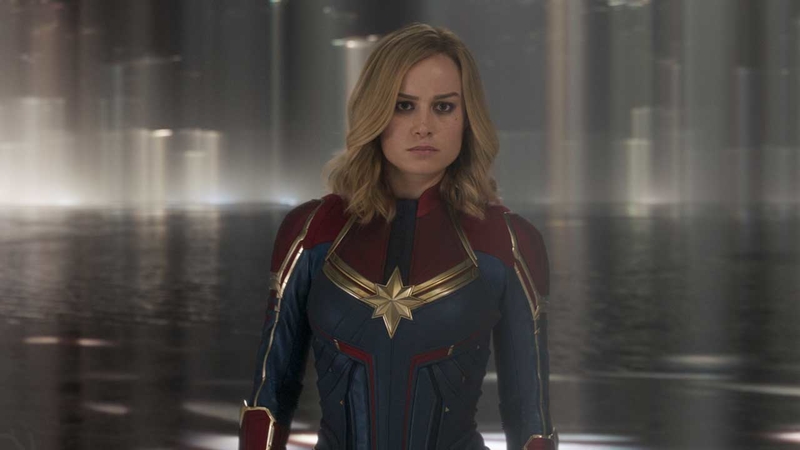 In a pivotal scene in "Captain Marvel," Carol Danvers' best friend, Maria Rambeau, tells Danvers she was "the most powerful person I knew way before you could shoot fire from your fists."

To celebrate the movie's home release, the star and filmmakers are reflecting on Marvel's first female solo titular hero in an exclusive clip.

"She's already kind of a superhero before she gets superpowers," said Jonathan Schwartz, the film's executive producer.

Anna Boden, who co-wrote and co-directed the film with Ryan Fleck, echoed that sentiment.

"The struggle to find her strength and ultimately overcoming ... that's really what makes her a hero," she said.

Brie Larson, the Oscar-winning actress who brings Danvers to life, said that while Danvers is powerful, she's also complex.

"She has this desire for perfection and also this leniency to having this open heart," she reflected, adding that there's "messiness between the two of those things."

Ultimately these things taken together make for a character that makes her proud, Larson explained.

The home release of "Captain Marvel" comes with bonus features including in-depth behind-the-scenes/making-of featurettes, deleted scenes, filmmaker commentary, a gag reel and more. It's available for digital purchase now. Get it on Blu-ray/Blu-ray 4K on June 11.

MORE ON DISNEY AND MARVEL MOVIES