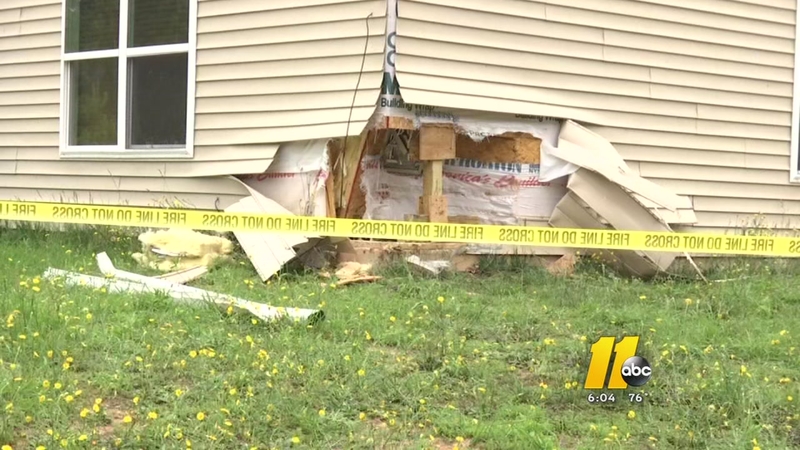 EMBED <>More Videos
RALEIGH, N.C. (WTVD) -- Officials responded to a call on Amistad Lane in Raleigh after a car plowed into a home.

Crews were dispatched shortly before 10 a.m.

Authorities said that no injuries were reported.

Raleigh police later located the driver and her vehicle at her residence.