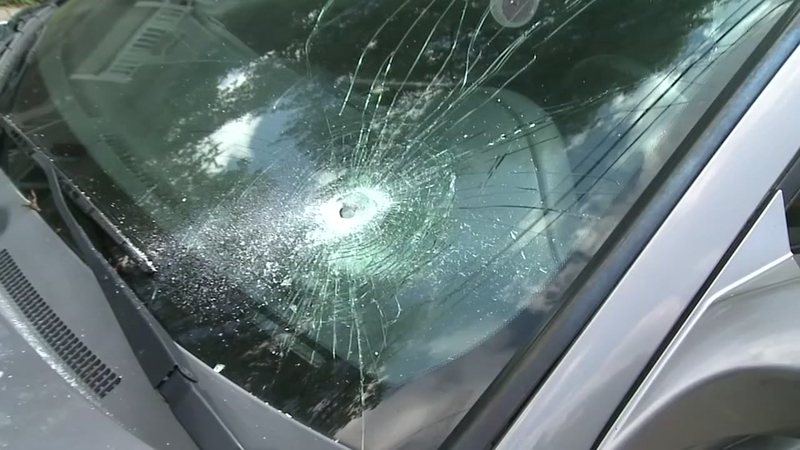 Neighbor Natalie Lane woke up Sunday to learn that her windshield and driver's side window had been smashed.

"It just shattered all the way across. I had glass all in my seat. I had to take out my seat covers. My whole window was gone," stated Lane who had just purchased her Honda Accord two months ago. "When I saw it, I called the police."

Lane's car took the worst beating. She said vandals even stole money and jewelry hidden inside.

"I work too hard. I'm a single mom. I have kids. It's time for school to go back. But I have a $500 deductible I've got to pay for somebody's kids-going around here vandalizing people's cars," Lane said.

The weekend vandals hit vehicles parked along Green Street. Neighbors said nothing like this has ever happened here.

Now they are concerned.

"If they get that bold to do that. They can break out a window to come into our home whether we are there or not," said one neighbor who wished to remain anonymous.

Neighbors said Durham police officers are telling them another neighborhood was hit like this two weeks ago.

"I refuse to leave behind some hoodlums. I refuse," stated Lane who will have to miss work Monday to get her car repaired.

"Get a handle on your children. Because I doubt an adult would go around doing this. It's kids," Lane said.