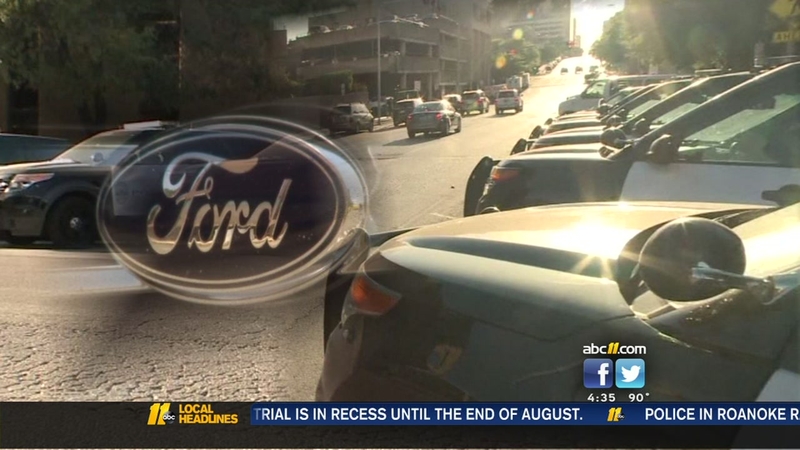 The I-Team first told you last week that agencies including the SBI and a handful of local police agencies had installed CO detectors in the Explorers in their fleets and now more have followed suit.

In Charlotte, where much of the fleet is made up of Explorers, police sent 14 back to the manufacturer and are installing CO monitors in 148 others.

In San Antonio, which is effectively ground zero in investigations by the Federal government, police grounded their entire fleet of the potentially troubled SUVs. One officer there, as well as another in a separate city, are suing Ford, claiming CO leaks caused them to get into accidents.

The I-Team checked with Ford Motor Co. for a response. After this story aired, Ford issued a statement to the I-Team:

"Safety is our top priority and we are concerned for those involved. We are working with the Auburn Police Department and have a team in Massachusetts on the way to inspect their vehicles and modifications made to them.

We have not found elevated levels of carbon monoxide in non-Police Ford Explorers. To address police customers who drive modified vehicles in unique ways, we are covering the costs of specific repairs in every Police Interceptor Utility that may have carbon monoxide concerns, regardless of modifications made after leaving Ford's factory.

Ford dealers will check and seal off the rear of the vehicle where exhaust can enter, update the air conditioning to bring in more fresh air during heavy acceleration typical of police driving and check for engine codes that could indicate a damaged exhaust manifold.

We have tested Police Interceptor Utilities with exhaust odor concerns, finding variable levels of carbon monoxide, depending on how well the rear of the vehicle was sealed after installation of police equipment. Unsealed holes can allow exhaust gases to enter the vehicle during aggressive acceleration and high speed driving unique to police use.

If a customer believes their vehicle may be experiencing an issue, they should bring it to a Ford dealer for inspection. Customers also can call a dedicated hotline at (888) 260-5575."

Still, the National Highway Traffic Safety Commission is expanding its investigation. More than 1.3 million Ford Explorers between the years 2011 and 2017 are being looked at. Last week, the agency upgraded the status of its probe from "investigation" to "engineering analysis," one step closer to "recall." The federal government made the move after finding more than 2,700 complaints of exhaust odors in the vehicles, three crashes and 41 injuries, mostly loss of consciousness, nausea, and headaches.