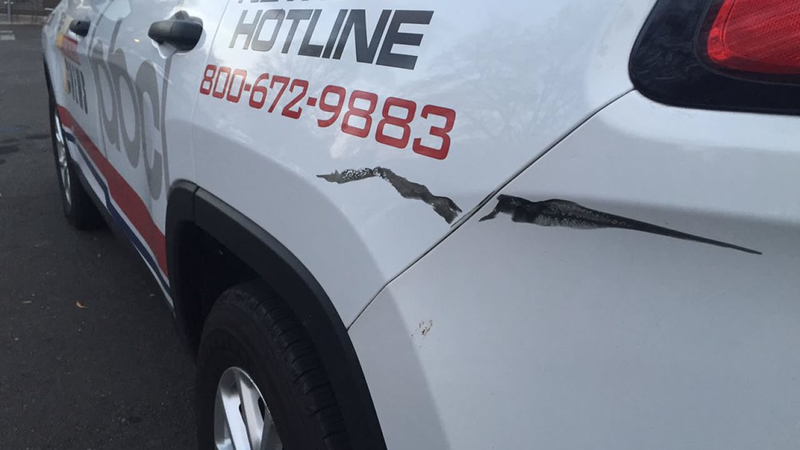 DURHAM (WTVD) -- Durham police say just before 5 p.m. Wednesday a woman was getting into her car in the 600 block of West Morgan Street when a man came up and punched her. The woman was knocked to the ground and the man then took off with her car.

She described the vehicle as a red Honda Civic, and Durham police confirm it was a red Honda. They also say that other vehicles hit by that speeding car were along South Miami Boulevard, not far from where another ABC11 crew spotted a pedestrian hit by a car.

As of yet, Durham police have not been able to tie the two incidents together, but say the carjacker is still on the run.