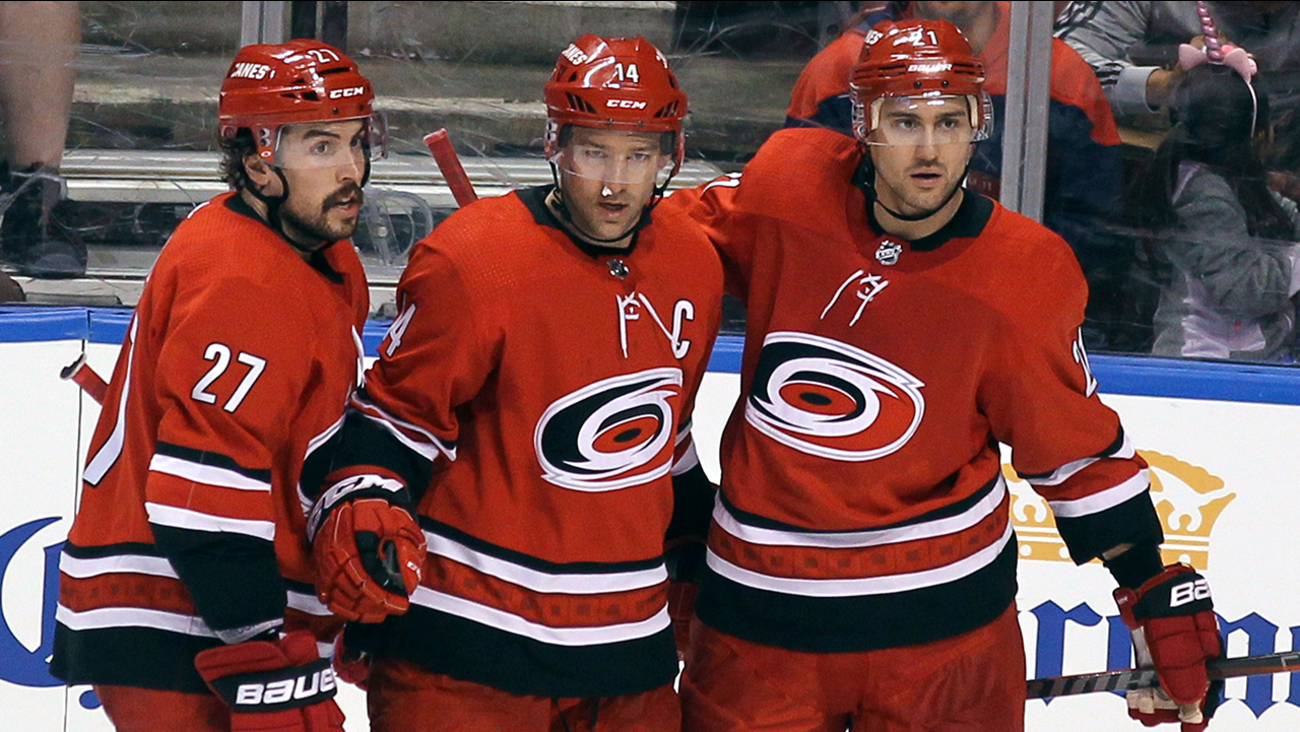 SUNRISE, Fla. (WTVD) -- Sebastian Aho scored at 1:46 of overtime and the Carolina Hurricanes beat the Florida Panthers 4-3 on Saturday night for their fifth straight win.

Aho tipped in the puck from the edge of the crease for his team-leading 27th goal.

Henrik Borgstrom had two goals and an assist, and Mark Pysyk also scored for the Panthers. Sam Montembeault made 22 saves in his NHL debut.

The Panthers played their third consecutive overtime game, and they've lost each one - with the first two going to a shootout.

Borgstrom broke a 2-2 tie with his second goal. Jamie McGinn passed from behind the net out to Borgstrom in front. Borgstrom fired a shot past Mrazek at 5:32 of the third.

Pesce tied it 3-all when he backhanded a loose puck from in front into the net at 8:19.

The Hurricanes got to Montembeault early, scoring two goals on the first three shots.

McGinn put the Hurricanes ahead 1-0 after he stole the puck away from defenseman Keith Yandle and fired a shot past Montembeault 1:26 in.

McKegg made the score 2-0 when his shot from in front beat the young goalie on the stick side at 2:05.

Borgstrom's shot from the left circle went high into the net at 5:01 to close the score to 2-1.

Pysyk got the puck off the faceoff and wristed a shot past Mrazek with 8:10 left in the first to tie the score at 2. The goal was Pysyk's first of the season.