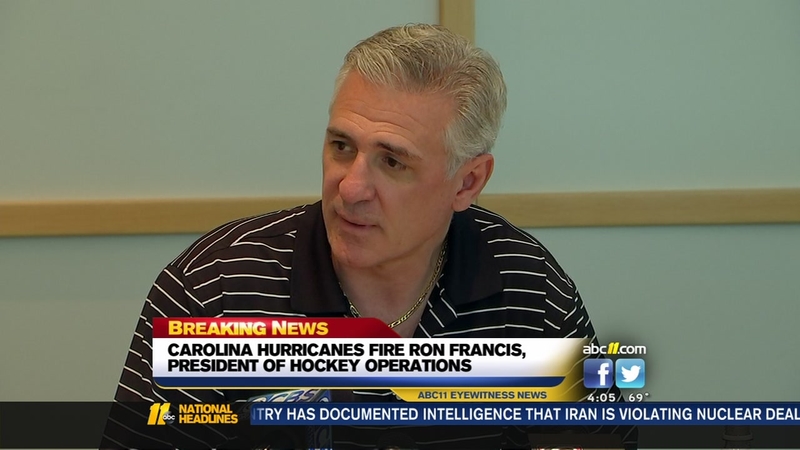 Coming off the euphoria of the Canes improbably landing the second overall pick in the draft lottery this weekend, news of Ron Francis being formally canned came as a bit of cold water. Still - there's nothing surprising about the move. It was a essentially a timed-release firing when Francis was removed from his GM role back in March and re-assigned to a made-up position.

Francis and new owner Tom Dundon seemed an ill-fitting partnership from the jump. Ron was very much the slow and steady, deliberate operator. Dundon is hoping to create a tectonic shift in not just the Canes fortunes, but also in just about every way they do business. From his arrival, the entire organizational atmosphere has changed.

The facts of Francis' tenure are pretty simple. For a while, he seemed to be building a talented young core for the future. That future was never realized in his term in charge. No playoff appearances. That's not strictly his fault of course as everyone shares in that failure, but those are the facts. Those are facts that don't keep you around forever.

There was no quote from Francis in the Hurricanes official release talking about appreciating his time with the team. No flowery quotes from Dundon about the hard work Francis put in during his time in charge. It was a cold finish. It's a cold business.