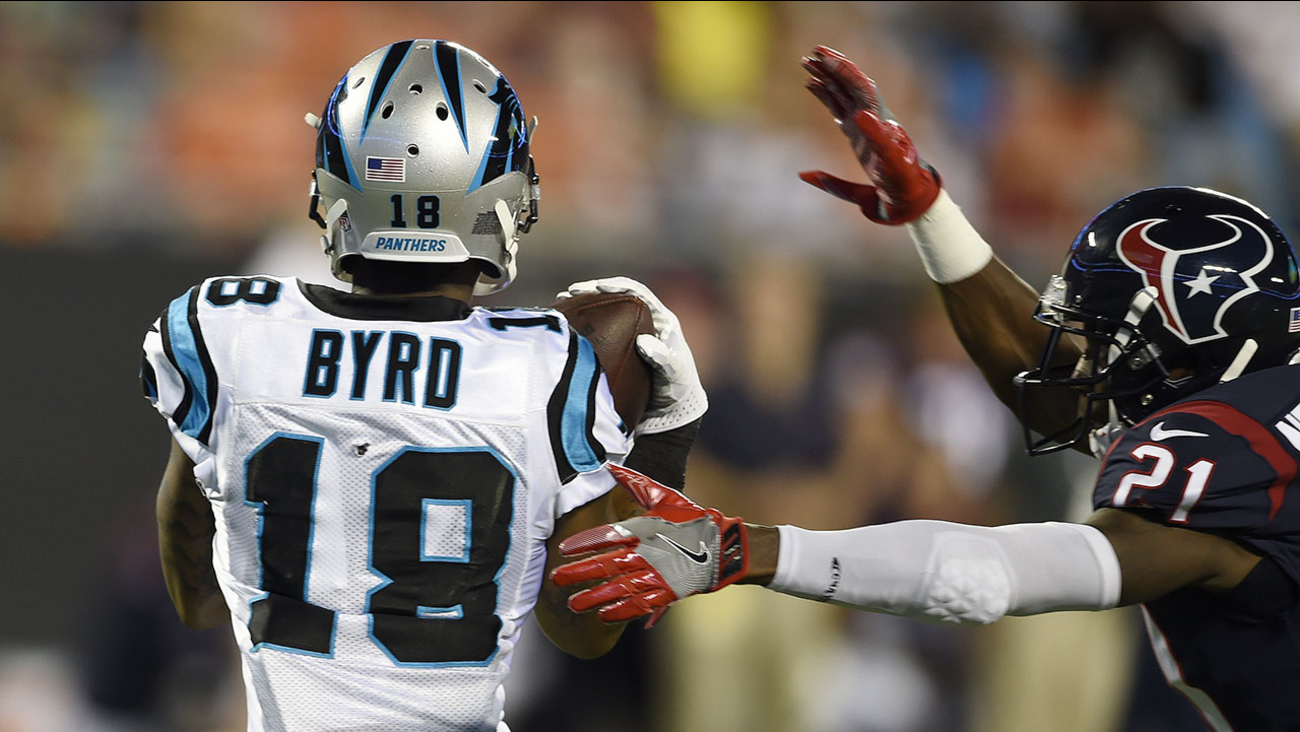 CHARLOTTE, North Carolina (WTVD) -- The Panthers opened the preseason with a 27-17 win over Houston.

Damiere Byrd, who is fighting to make the team, caught two TD passes including a 50-yard reception in the second quarter from third-string quarterback Joe Webb.

The Panthers are hoping Byrd is that guy who can stretch the field, and he certainly showed he's capable and has looked good in camp. His damage did come against the Houston backups.

Derek Anderson started at QB and completed the Panthers' second drive with a 23-yard touchdown strike to Kelvin Benjamin, who went high to make a great catch over Johnathan Joseph and give Carolina a 7-0 lead.

"I saw some press coverage and gave him a chance to make a play," Anderson said. "I got it eight or nine feet up and let him go."

Panthers' first-round pick Christian McCaffrey made his debut, rushing for 33 yards on 7 carries. The rookie nearly broke a long touchdown run on his second touch but was brought down after 12 yards.

McCaffrey did not make a catch out of the backfield.

As for starting QB Cam Newton, he did sprints on the sideline pregame, but otherwise saw no action on the field.

Second-year defensive tackle Vernon Butler injured a left knee in the first quarter. He did not return but was up and walking on the sideline.