Abandoned in London as a child, Efe Obada returns home with the Carolina Panthers 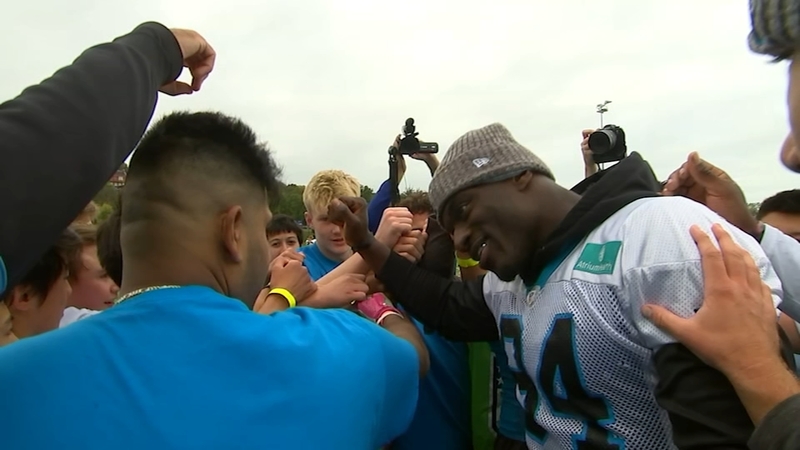 LONDON (WTVD) -- As the Carolina Panthers arrived in London on Thursday morning for their first international game in franchise history Sunday against the Tampa Bay Buccaneers, for one player it's a special homecoming.

"To have this opportunity to play in London, it's just amazing!" said Panthers defensive end Efe Obada.

Obada is getting a lot of media attention in his hometown because his story is one that reads like a Hollywood script.

Obada was born in Nigeria then trafficked and abandoned in London. He was in and out of the foster system, with many odds stacked against him until he started playing football at 22 years old, in 2014.

"It can change the path for some of these students," Obada said as he played with students from Harrow School, Harrow High and the Harrow Club. The team ran drills and played flag football with the students through an NFL Flag event to expose the sport to young people abroad.

For a player like Obada, it's the same type of exposure that changed the trajectory of his life.