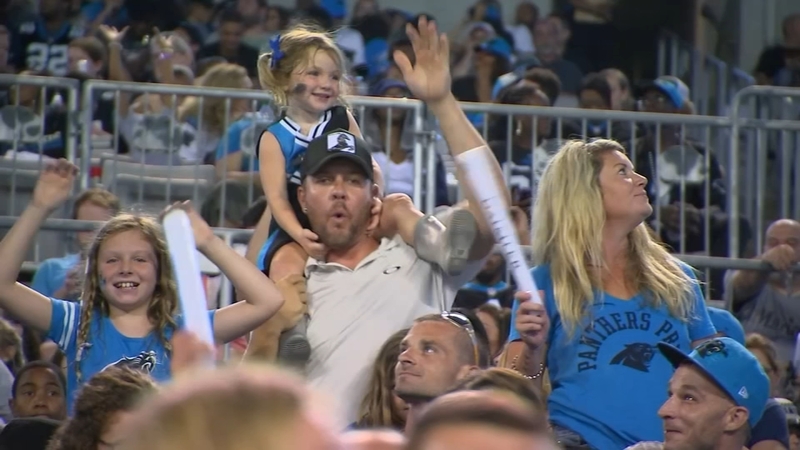 Fans have a blast at Panthers Fan Fest

CHARLOTTE, N.C. (WTVD) -- The Carolina Panthers kicked off the 2019 season with Fan Fest on Friday., and more than 62,000 supporters turned out.

Panthers Fan Fest is an annual event filled with football, fireworks and fun.

The players and coaches -- who are currently wrapping up training camp -- made their first public appearance of the season at Bank of America Stadium in Charlotte. The team will practice and entertain fans, along with performances by the TopCats, Sir Purr, PurrCussion and the Black & Blue Crew.

Friday night's festivities wrap up with a fireworks and laser show at the stadium.

Practice began at 7 and was followed by a fireworks/laser show.

Carolina's preseason schedule features two home games: August 16 against the Buffalo Bills & August 29 against the Pittsburgh Steelers. The Panthers will also play at the Chicago Bears on August 8 and at the New England Patriots on August 22.

All of the Panthers pre-season games will be televised on ABC11.