The play itself wasn't necessarily funny. It was that right tackle Mike Remmers, while the team was watching a replay on film, shouted "47 Gap!" before the snap to quarterback Cam Newton.

"We were running the exact same play from the movie, where the [back] pulled around and went 50 yards down the field," said Oher, still laughing.

The movie was "The Blind Side," a 2009 film starring Sandra Bullock playing the role of Leigh Anne Tuohy, who adopted a homeless teenager that went on to become a first-round draft pick in the NFL.

The teenager was Oher, who in the movie blocked the defensive end out the back of the end zone after telling the quarterback to call "47 Gap," and then drew a penalty for what the official called "excessive blocking."

READ MORE: It still was the right decision for Panthers to release Steve Smith

There was a time before Oher arrived at Carolina last season that he didn't like to talk about the movie because he didn't believe it accurately depicted his personality. He didn't care for the impressions people formed of him from it.

Now Oher embraces it when teammates, mostly his offensive linemen, joke about the movie. He laughs when center Ryan Kalil sends a message alert to the linemen every time the movie comes on television.

The Panthers were so comfortable with Oher that they gave him a three-year extension worth $21.6 million, with $9.5 million in guarantees, in June. If Oher has his way Carolina is where he'll retire.

Oher's comfort level with Carolina began with him being reunited with offensive line coach John Matsko, his line coach when the Baltimore Ravens made him the 23rd pick of the 2009 draft out of Ole Miss.

From there it became a comfort level with line coach Ray Brown who, like Matsko, is a big believer in teaching fundamentals. Oher considers himself a student of fundamentals.

But it has become so much more. Oher loves the family atmosphere, the sense of unselfishness he feels from teammates and coaches.

He didn't always feel that in Baltimore from 2009 to 2013 or during his one season with the Tennessee Titans, who cut him following the first year of a four-year, $20 million deal.

"It's definitely genuine," said Oher, who will face the Ravens in Thursday's preseason opener in Baltimore. "Like the day I signed my [extension]. I'm embarrassed with that kind of stuff. I was happy to sign a contract here because I knew the guys weren't going to look inside my head, guys weren't going to be jealous.

"Whereas at other places they might get mad or jealous, I knew the guys were going to be genuinely happy for me."

Oher's career has been resurrected in Carolina. He's back protecting the quarterback's blind side after spending several years at right tackle.

He did well enough last season that Newton threw a career-best 35 touchdown passes and won the NFL MVP award.

"He may not look pretty half the time, but most offensive linemen don't look pretty," Carolina coach Ron Rivera said with a laugh. "But he's going to get the job done."

Oher's greatest asset is that he's never satisfied. He's always trying to prove himself, and nobody on the line works harder.

That he's surrounded by players and coaches that think like him makes Carolina a good fit.

"I've been around guys that were not good people," Oher said. "You've got to know who you're bringing in and do your homework on it, and they do a good job on it."

Oher admittedly will go into Thursday's game with somewhat of a chip on his shoulder. While he looks forward to seeing a few old friends, he wants to send a message to the organization that didn't re-sign him after the 2013 season.

"Definitely you want to show them, 'Hey, look at what you guys missed out on,'" Oher said.

Carolina players don't miss a chance at ragging Oher about "The Blind Side." None do that more than Remmers, who likes the movie so much that he wouldn't give Oher No. 74 -- the number that the actor playing Oher wore in the movie -- when the Panthers first signed Oher.

Oher has become as comfortable with the new number as he has with jokes about the movie. That's why he laughs when recalling "47 Gap" and the funny messages he gets when the movie is on television.

As far as he knows, it hasn't been on during training camp. 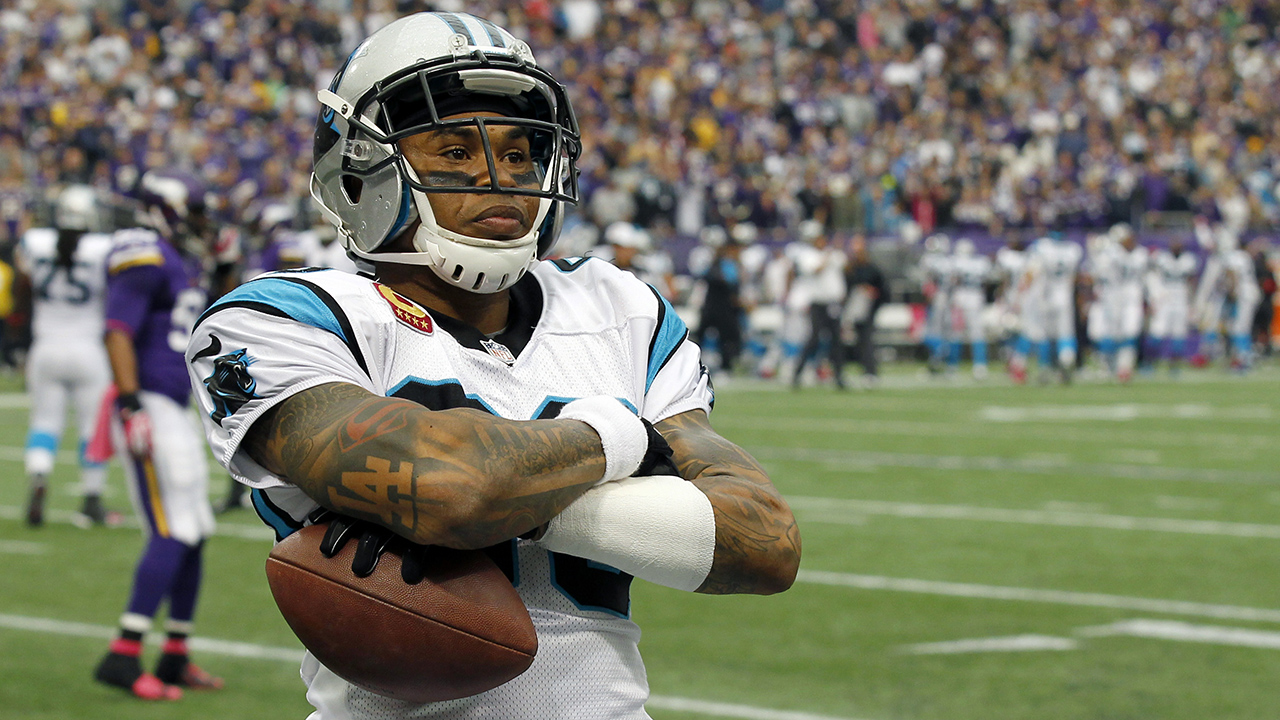