Newton posted a video on his Facebook page saying that "after careful thought, I understand that my word choice was extremely degrading and disrespectful to women."

The Panthers star also said "that was not my intentions. And if you are a person who took offense to what I said, I sincerely apologize to you" in the nearly tw-minute long video.

The apology came a day after Newton joked how "it's funny to hear a female talk about routes."

That remark came after a question from a female reporter for the Charlotte Observer. The incident set off a social media firestorm.

NEW: Dannon breaks ties with Cam Newton after he laughed at female reporter's question: "Simply not ok to belittle anyone based on gender." pic.twitter.com/rzdphGxIau

The reporter who he was responding to, Jourdan Rodrigue, is the Panthers beat writer for the Charlotte Observer. She asked Newton about wide receiver Devin Funchess' route running.

The NFL released a statement Wednesday saying that Newton's response to the question was "just plain wrong and disrespectful to the exceptional female reporters and all journalists who cover our league."

Dannon, the maker of Oikos yogurt, cut ties with spokesman Newton on Thursday. Company spokesperson Michael Neuwirth released a statement saying it was "shocked and disheartened" at the former league MVP's behavior and comments.

In a statement, Dannon said it is "Simply not ok to belittle anyone based on gender."

Wondering if anyone can explain to me what is so funny about a “#female talking about routes”🤔🤔🤔 #Panthers #CamNewton #Equality ?! #NFL pic.twitter.com/D7lqMmn1KG

Despite Dannon's positioning, Newton's marketing agent, Carlos Fleming of WME/IMG, told ESPN that the company did not sever its active endorsement deal with his client, "nor do they have the grounds to."

Neuwirth confirmed that the company would continue to keep Newton under contract without using him but have started the process of pulling existing advertising that includes Newton.

I don't think it's "funny" to be a female and talk about routes. I think it's my job.

None of Newton's other primary sponsors, including Under Armour, Gatorade, Beats By Dre and Buick, has issued comments since Wednesday's news conference, when he responded to Rodrigue's question about wide receiver Devin Funchess embracing the physicality of routes with "It's funny to hear a female talk about routes." The comment was universally panned and had Newton trending on social media.

Asked about the situation Thursday, Panthers Head Coach Ron Rivera said: "Well I think Cam made a mistake. I understand he had a conversation where he pretty much said he shouldn't have said what he said, and um, so, as far as I'm concerned what I would like to do is talk about getting ready for the Detroit lions, who we play on Sunday."

He was also asked if it was a distraction ahead of this weekend's game.

"I said to the guys, this, there really some issues out there that we have to deal with, but be where your feet are. When you're on the football field, be on the football field, when you're in the meeting room, be in the meeting room. Try to maintain your focus and stay composed. It's difficult, it is and these are trying times. I believe that and I understand that. There are some very serious issues out there you know and you know this country has dealt with a lot of them, from the hurricane disasters to the very terrible incident in Las Vegas to this. I mean these are all issues that are very important," he said. 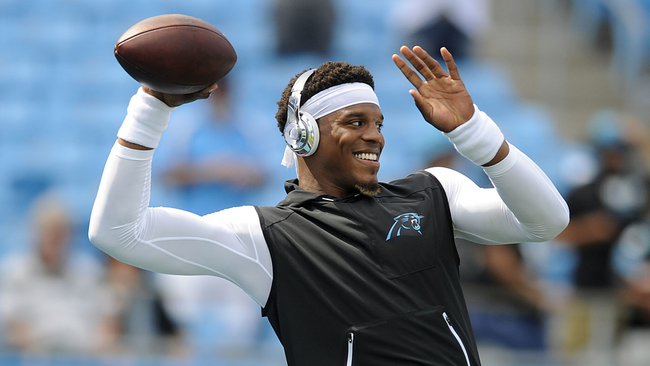