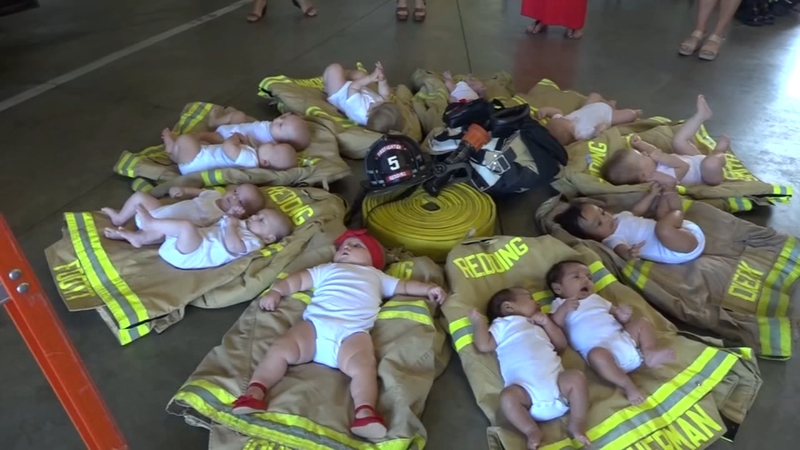 REDDING, Calif. -- Nearing the one year anniversary of the devastating Carr Fire in California, the 12 babies born into the Redding Fire Department got together for an adorable photo shoot.

"After the Carr Fire, after we all went through something emotional, we all got together and were telling each other what was happening - and we all kind of figured out we were all pregnant together," said Kimberly Hanlon, a Redding Fire wife.

According to KRCR-TV, the new bundle of babies includes three sets of twins.

"It's a big team effort, very family oriented, and I think that's one of the things - that's one of the reasons we love this job and being able to help each other out, family and friends," said Redding firefighter Garrett Claycamp.

The night the Carr Fire barrelled into Redding, the group became even closer.

"We actually communicated day and night, 24/7. It was a hard time, especially being pregnant everyone, you know, trying to get together and help each other," Hanlon said.

Their husbands were all out on the fire lines during the Carr Fire, either evacuating or helping others evacuate.

"That night my husband was working and he told me he loved me through text," said Hanlon. "A lot of us actually got that text, that we love you very much."

Today, nearly one year later, they're welcoming new signs of life and growth in the form of tiny fingers and toes.